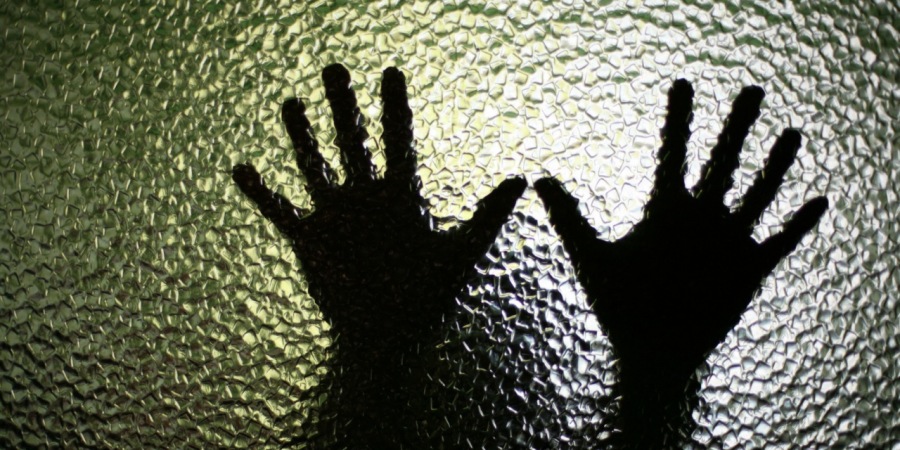 When it appeared in the news I was shocked and unprepared. Needless to say I was not welcoming the dark trip back to memory lane. How many times one individual can be broken. Besides the sordid details, strangers insistent stares or misplaced compassion I had found myself utterly lonely with only agony for companion.

When it started I was eight. It was a bright afternoon in November. I had been busy making arrangements to my dolls house for over an hour. Jackie was my favourite doll and she had many friends. There was a knock on the door and I did not answer, it was my father. From that point on I have never managed to suppress the numbness and the smell of treason let alone the ability to warrant a pardon.

When I was hurt, I realized that in his eyes I had become nothing more than an insignificant piece of dirt. The world had been turned upside down with disgust as its crown. Lacking will power, I drowned into my own anxiety and lived in relatively permanent state of worry. Always wary of an unpleasant emotion in anticipation of an unannounced unnatural action.

When I got older the guilt triggered vague promises but tainted gifts metamorphosed into physical threats. I guess I stopped being Daddy's little pet. At a stage when I should have transformed from clay into a beautiful sculpture, I was litterally eaten by a steady dripping of torpor. Its not without stupor that I could only add listlessness and lethargy to an overall state of horror.

That's when occurred a change in the equation. From twisted passion it morphed to intense aversion. Repugnance and repulsion in tandem with revulsion grew into a new form of relation.  Aberration and distortion uprose adoration. The man formerly known as my father took delight and I dare say an extreme pleasure of satisfaction at my inability to show any form of social interaction. He started to beat me and threw me repetitively against the walls. I had become merely a compact mass, something you kicked like a ball.

When I became a grown woman. Its true that I stood out like a sore thumb but once I finally took the courage to get him reported, people said that the devil was inhabiting my womb. I must have provoked him since he was such a gentleman. Always a nice word and showing kindness to everybody including my mam. Some said it was not his fault, this is how he was wired. They blamed it on a disease adding he should have got help. Alas this is not as simple as an infection, this is being diabolic nothing that can be treated with a strong antibiotic.

When I am asked how I cope. I don't know what to say, how can you function without hope. I sometimes feel my existence has been tied to those events with a rope. I feel like suffocating at the thought of sharing the same oxygen and in all honesty I am very unsure I will ever be able to trust any men.

I am a survivor of the horror you see. I have so many questions about the cause or the intention. It’s like when I used to spy with my little eye, the only difficulty is that nobody is willing to answer

It is difficult to read but even more to comment on such a topic. I can only salute you as a writer and your ability to express such a horrific experience from a woman's (girl's) perspective.

As difficult a read as this is, we need to remember that this simply touches the surface of messed up existence and betrayal of trust that would chill us to the bone if we managed to dig 10% of the way down in this deep pit of horrific experiences. If there is indeed a cycle of rebirth as hindu's believe there is, it is not one's karma that punishes us so but being born into a home with evil as its dark guardian., Back in 1998 I only got a few percent into the stories at Yoni.com, back then this was a Australian site for women to discuss what is most personal to them. I respected the stories, did not hide my identity and while the intent was to learn from the experience of women who had been abused badly by men, I ran scared out of that discussion group on the first account I heard., I could not handle hearing the depraved things people can do and in this case, assisted by the mother who enabled her husband. Yes there is a point where we who are sense able cannot go beyond and sense able is the antithesis of voyeuristic. That is the problem with our society, we trade sensationalism for sense ability, we trade positive thinking for reality thinking and in so doing we weaken our spiritual immune system and our own resiliency - and with weakened resilience we give up the one spritual strength that we can afford ourselves, which is to stand up and support those that are defenseless and most to be hurt by vulnerability. The right way to express what has been expressed here is the horror without stirring voyeuristic tendency, and in that regard this written piece may be dark but it opens the door to our sense ability and in so doing, show the voiceless that their voice counts most, even if our society still shuts down that voice.

#25
ah thanks for the kind words Ken Boddie I think sometimes we have to be frontal and not shy away from issues that said I promise I will write something lite the next time around....well if I can :-)

and, Pascal ... I spy with my little eye, One who explores and will exemplify, What’s behind doors that most won’t ever try, Testing emotions we can’t classify, Outside those boxes that we fortify, So we stay safe in our pie in the sky, Opening window views we seldom spy, Prompting response that brings tear to the eye. ................................... I salute the bold enigmatic author you continue to display, my friend.

I live in the country now, Pascal, ironically not far from where Wendy grew up. On our many drives, she can spot places where one thing or another happened. As she's said to me, "It was the way so many people were back then (50s). In the park across the road, I see parents and their kids, most loving and attentive, but occasionally you'll see the parent, the one still living in the past, still believing in what they call Strictness." There are NO EXCUSES, but it obviously has to be learned and taught to some,#23

#22
Thanks for dropping by Robert Cormack and sorry to hear about your other half. I must say that even the progressive mind in me stand by the NO EXCUSES motto.

There are many horrible stories of child abuse, a far too common theme and one we shouldn't ignore. My partner suffered worse than this and it's painful to hear. We call it a "sickness," but all to often it's passed down, a generational glitch. Thanks for this, Pascal. Nicely written.

#18
"indeed Paul Walters I m not ready yet to write about the 7 best ways too cook beans in a microwave 😉" You aren't? Oh, crap--I don't have a microwave anyway.

It's wonderful how you throw yourself into your protagonist. Kudos, my friend.

#12
I am not sure how they function Franci\ud83d\udc1dEugenia Hoffman, beBee Brand Ambassador they would probably choose to ignore it I suppose ......

Perhaps unsettling but a dark side of life that too many ignore! How dare they! I wonder if an abuser read this article they would realize it is about them and possibly feel any remorse.

The sad reality is that we probably all know people who suffered this same fate or a similar one. There are so many root causes in this complex culture we live in. Anger and rage are easy to come by these days, and look and compassion, as always, are in short supply.

The sad reality is that we probably all know people who suffered this same or a similar one. There are so many root causes in this complex culture we live in. Anger and rage are easy to come by these days, and look and compassion, as always, are in short supply.

excellent buzz Pascal Derrien! enjoyed read and shared. thank you for the buzz.

As the father of two daughters whom I held as babies and changed their diapers and cared for as they grew into young women, I feel a welling up of rage at the realities this sketch evokes. It is the worst kind of betrayal, and for anyone to remain silent with knowledge of a concrete case, is beyond reprehensible and the pale of understanding or forgiveness. You continue as a writer, Pascal Derrien, to impress with your ability to reach deep into the psyches of your readers.

The horror and injustice of reality. Who ever said that the Universe was fair? Illuminating Pascal, but the shadows in the darkness prevail.