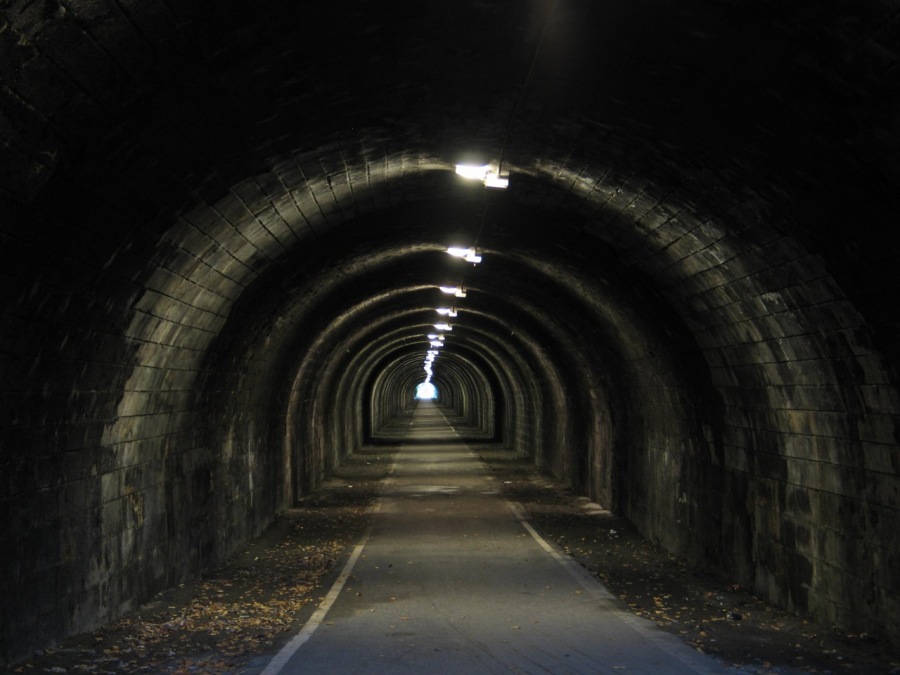 When I was a kid, I remember every village in France even the smallest one had a world war one and two monument. On their flanks a list of names that if you take time to read them would remind you that war is not a video game. I thought the statues had people inside them, I was convinced that only them could comprehend the mayhem of the perpetual end.

Some of us ain't no statue but can no longer climb the Machu Picchu, those who are stranded would maybe like to portray themselves as legendary scarecrows who knows, perhaps they would simply fancy being a broken arrow waiting for a last trip on a cross bow.

Many more than we think are stuck in a tunnel wearing the most human and revealing  apparel, some are only carrying a frame so frail they could conceivably be mistaken pour un avion sans ailes, in life they no longer exist but admirably breathing oxygen they persist.

Their body integrity have transmuted into a bizarre living dead alchemy, the reminder of an hominidae, the remainder of an oddity evolving in a place of seeming dark tranquillity, a place that would test the most basic component of anybody's sanity.

With only a one way ticket to static city it is hard to listen to their monotonous mantra, an hymn of humming agony softly dedicated to fatality.

Is it not a pity they cannot choose the way they want to say good bye? Would they smile at the quote ''it's beyond me the right to die'' .

Our moral if not overly spiritual seem to be entrapped on a pedestal, every time you mention the word euthanasia it triggers some kind of collective hysteria.

Should it not be their right to sign off the billing

When it comes to Mercy killing

#30
thanks Alan Culler I am not going to add anything to this comment :-)

Pascal Derrien - choices -how we live- how we serve- how we die -how we love and whom -"I've got you brother" -Choice is the essence of humanity. That you for this lovely poetic - and very human post, Pascal -makes you think-donit

#28
thanks Lyon Brave trying to bring a bit of musicality in my broken prose :-)

this is a very poetic narrative of the human condition.

#26
Don't even get me started on the vultures that circle overhead waiting for their moment to pray on a grieving family...These deplorables make a living picking the eyeballs out of the dead and the hearts out of families...No shame when they smell money.

#25
Cyndi wilkins what a sad story which I am afraid is all too common , many thanks for sharing this you did not have to but I admire you for doing so.

Pascal Derrien...This is a discussion that needs to happen...between patient, their health care proxy (if they have one...EVERYONE SHOULD) and their primary care giver...and your wishes be put in writing with an advance directive through legal counsel...Loooooooooong before it becomes necessary to make such decisions and while you are of sound mind...because people have a very difficult time letting their loved ones die. When that time comes family members can become over wrought with emotion and their better judgement becomes clouded...Believe me, had I not been made aware of my father's wishes at the end of his life, my love for him very well may over ridden his desire to have no artificial intervention to keep him alive. That said, as he lay dying it was difficult to watch him perish slowly before my eyes...as his stroke did not take him immediately...If there had been laws in place to protect those willing to assist the process, his suffering would have ended much sooner...But for the reasons Ian Weinberg states..." litigation drives the industry to over-service inappropriately until the last breath." that did not happen for him...I had to push and push and push...only to be told..."well, he's not quite there yet." Really?!?!? It's been almost two weeks without food or water...he is struggling to breathe and his feet are BLUE! How much more THERE does he need to be??? When I left that evening I told the nurse...ENOUGH...either you help him or I will...Two hours later I got the call...Happy New Year dad...RIP.

#23
Good question that I have no answers to (which means it's the BEST question!) Pascal Derrien indicates, there is no dignity in dying in agony, and we are kept unnaturally alive for way too long. I used to work in a hospice, and most of the dying wanted just that - they sensed the natural order of it, but were given antibiotics for 'old-man's death': pneumonia. We should treat dying and death with all the respect and sanctity of birth. We don't erect statutes upon out baby's birth.... As we're so very good and messing things up as a species, the very least we can do is accept bowing out gracefully, no?

#22
thanks for the kind words Lisa Vanderburg, I have no religion which partly explain my take on this I suppose now I have to acknowledge it is probably more difficult or should it be easier if one has faith in whatever god they believe in ?

Sorry - Pascal Derrien; this is so beautiful and important a buzz...I have long thought about writing about voluntary euthanasia, which I certainly agree with, even though I'm Christian. To me it's a 'save a bit of planet' for your kids thing. I have advanced directives in place to begin from now anyhoo. What also pisses me off mightily is the sheer cost of funerals: £6 - 10k where I am. I even devised a business plan for direct-crem that is bare bones (sorry - pun intended), as I'm sick and tired of people being guilted into ridiculous funerals they simply cannot afford. My father always used to cry in remembrance of lost soldiers. I think it was in part that he was refused on medical grounds to enlist, and in part 'For the Fallen - Laurence Binyon' which said 'They shall grow not old, as we that are left grow old: Age shall not weary them, nor the years condemn.' Is your life is short, there's less of it to mess up (what I felt my father saw).

#14
I'm signed up with Promessa (not cheap, so I'm donating to science instead).

#18
agree Franci\ud83d\udc1dEugenia Hoffman, beBee Brand Ambassador depending on the country the costs can be prohibitively high. a bit of simplicity and less decorum would not go a miss......

#17
indeed @Julio Angel \ud83d\udc1dLopez Lopez having the choice and the ability to make the choice many thanks for reading and commenting :-)

We make the finality of death too complex. Deb \ud83d\udc1d Helfrich's comment makes sense to me. Plus, the costs of saying goodbye to our loved ones seem to lean toward big business rather than respect.

Having the button, and not losing consciousness before you press it. You make me think, friend.

#12
A difficult place to begin discussions concerning humanity. Especially when the system is all about self preservation.

#12
thanks Ian Weinberg you have more expertise than many of us but by and large I would share the same sentiment I have seen fantastic palliative units and individuals who run them albeit too few ....

Healthcare becomes the healthcare industry, medicine becomes hitech and push-button stuff and no one physically examines the patient anymore. And finally, litigation drives the industry to over-service inappropriately until the last breath. The result - no more connection to life and to the essence of what we're all about. And so the 89 year old in agonizing pain due to terminal cancer is forced to undergo more MRI scans and is poisoned with more chemotherapy ... when all they wanted was a bit of pain relief and to die in peace! But the guilt-ridden family demanded it, the doctors feared not to follow the book unquestionably and the hospital needed to push up its revenue. And so the emasculated patient/victim was deprived of the dignity to die in peace as life was inflicted upon their terminal being. This my friends is not evolutionary. We have much work to do.

Evolution always scares me as i see history. But it seems only the stage we have to gather and watch with questions we can not answer. But within this stage we have the choice to best serve those with whom we contact. Randomly serving that which is front of us and not seeking beyond that scope. We served M-i-Law and influenced others ways of service. This is all we can do in humanity as an individual. Serve in a way that others take notice and think about their own.

#9
a sobering comment Harvey Lloyd I have no answers either just questions...... to evolution then 😕

I watched my mother in law wither to nothing through dementia. It took two years of a very undignified existence. Even as we discussed it was maybe better for her to return to the dust from which she came it sounded harsh and crushed our moral/spiritual understandings. Many people were changed because of our families standing by their kin. Nurses doctors and attendants were all uplifted by the love that was shown during this journey. Although tragic it had its revelations to others. Again i have no answers. But do know that humanity tends to take absolutes that held our society together, after their softening, too extremes. Once we open the door for mercy death then it will soon follow the choice may not be yours anymore. In this case the choice is not whether you can do it but rather being able to stop it from happening. This is an absolute that once rationalised may emerge beyond the scope of our wishes for choice. Once we hand over the keys of absolute we then must accept humanities continuous interpretation over time. This is one of those that i wish we could allow personal choice but has the huge potential of becoming the example of the law of unintended consequences. Yet we continue to evolve.

#7
that's the nice way to sum it up Ken Boddie

They fought so others might live. So who will fight so they may die?

#5
thanks Laurent Boscherini I could not have said it any better :-)

Thank you Pascal Derrien for enlightening that major Philosophical issue. Quality of life and the right to die is an ethical dilemma, even if Death is a normal part of the total life process, no matter cultural, ethnic and religious beliefs and biases. The meaning of “curing” or caring for a patient is problematic : to some that always means survival, for others it could mean ending suffering, even by death, the key should be, maybe embodied by its own dignity.

lovely buzz Pascal Derrien! enjoyed read and shared. thank you for the share.