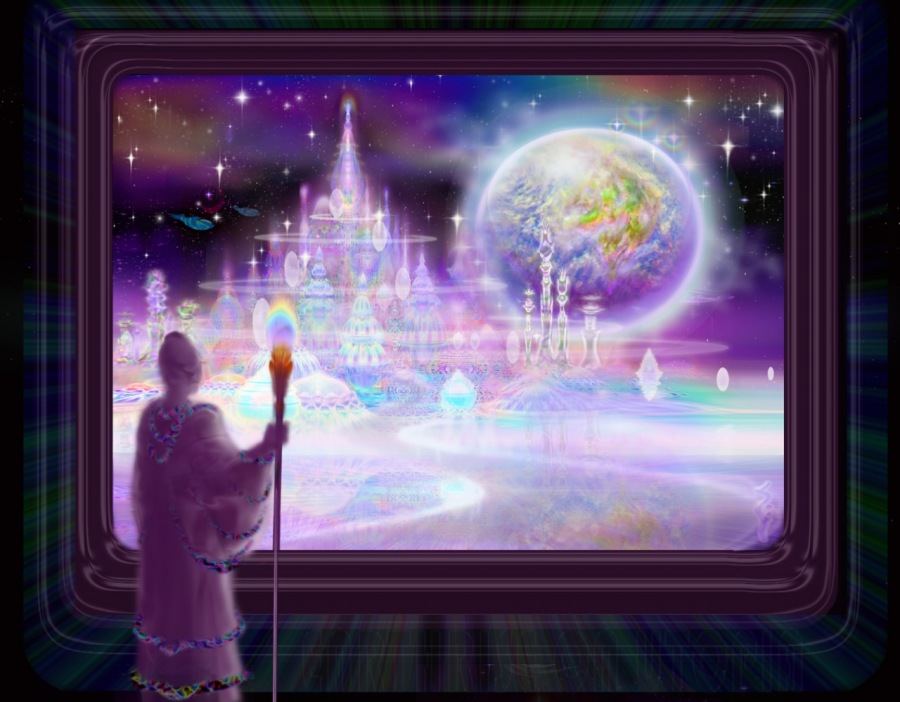 My name is Shakriyl IV tomorrow I will be Shakriyl V. Tomorrow is the 23rd of March 3245. I am the governor of the confederation of Aika comprising Earth, Moon North & South, Mars, Venus and Planets Erkis and Dois. This will be my fifth term as governor, each of my term lasts 300 years. I am a humanoid. 70% of my body is composed of electronic circuits and wires and the remaining 30% are human re-generated organs on a 30-year cycle with no fundamental function else than a political positioning.

The Civil war of 2349 between the Yellow Brigades and the Stationers triggered a harrowing guerrilla, it was described as one of the most destructive warfare amongst mankind. In turn, it accelerated societal malware, spread disease and provoked mass extermination. The conflict had been fuelled by populism and elitism who both were seeking to establish their respective, different yet impracticable utopian orders.

A cease fire was established and the Council of The Elders broke a deal with the respective parties involved by proposing the most controversial and perhaps the most desperate ever attempt to end the current and potential future conflicts. As a last resort, an exhausted civilisation only saw the salute at salvaging the wreck that humanity had slowly become by imposing a pause.

That pause would involve the transfer of political power, governance, administration and economic matters to a third party. That third party was Shakriyl I and a couple of hundreds of other humanoids of lesser capabilities. The Elders were adamant that unless a fundamental change took place our race would disappear in the following 20 years. It was added that emotional intelligence could no longer be trusted and it was agreed and accepted that artificial intelligence would now take the reins for the next 1500 years to stabilize humans. After 1500 years, the Shakriyl government model would be subject to review by the Council of The Elders of the time.

Past a few obstacles during the initial transition, the guerrilla stopped after what is considered as the ultimate skirmishes that took place in South America for one of them and in Moon North for the other. After those final episodes, humanity entered its longest era of peace & stability. Pollution and drought were no longer issues, murders fell to 0%, diseases outcome were controlled @ 99.9%, law enforcement was no longer needed and the force had been replaced by a much smaller contingent of robots mainly dedicated to air and space travel assistance.

Words slowly started to disappear from the vocabulary of tutors of the young humans, anger, hate, love, rage, genocides. Others like altruism, empathy, aggressively, disturbance, resisted a bit longer before they got extracted from books who never got re printed, some books were simply burned or erased from all data banks. Museums closed or were destroyed. Life on earth and its dominions became pleasant if not exciting, no underground resistance, resentment or disruption just 100% adhesion to the new system, History not being taught any longer one could not argue that the Elders had made the right decision.

A 100% human’s individual in 3245 has a life expectancy of 165 years whether he is a man or a woman. But all those years are lipped sync for the most part when it comes to live including building a pre-matched relationship, all interactions and engagement with other humans are based on an algorithm passport that is issued within ten minutes of a human birth.

Tomorrow is the 23rd of March 3245, the Council of the Elders will validate the 5th term as per the agreement confederation framework. It will be a mechanical formality for the council whose knowledge of life and expertise has solely been based on the flawless and formatted life they have conducted under Shakriyl’s fourth term.

Shakriyl was brought a confiscated H book (hologram book) yesterday by one of his human servants Ardi. It’s a novel written by a human in 2090, Jack Banks seems to be the name of the author. Shakryil scanned or brained the H book in 20 seconds and by passing all its standard and disposition protocols decided to read the book to his servant.

Ardi did not understand many words coming from the H book but at the same time was fascinated by the story Shakriyl’s voice was conveying to his ears, he also was taken aback by the fact that the governor was spending more than 20 seconds with him. Shakriyl abruptly stopped and Ardi was given permission to answer a question from Shakryil.

Ardi did not understand the words in the question about tomorrow’s fifth term coronation, he had never heard some of them before but he had a good memory, what was Shakriyl IV soon to be Shakriyl V trying to say when he mentioned

#18
Let the smarties philosophise, Pascal, but, either way, neither you nor I will be around for long enough to find out if their predictions are correct. If I'm wrong then we'd better have that drink some time soon. Meanwhile, please keep on writing these enticing tales.

#17
thanks Ken Boddie for translating my broken prose, this duality on ideals has been with us for a while I guess. As a mankind in the end we are maybe just some unstructured organic creatures who have the illusion they can control outcomes when they merely influence events of their own evolution. I am just regular guy and some ssmart people may probably have some theories about it :-)

Brilliantly conceived, Pascal, and Interesting how this post dangles a hook of fictional improbabilities for us to bite upon with our eternity seeking incisors. BUT!!!!!! - If prolonged human existence requires adoption of artificial intelligence to 'stabilise' us, along with a total lack of disagreement and argument, and if the price of peace and a pollution free environment is "100% adhesion to the new system" and a "Lipped sync" existence, then let's go out with a big bang now and I'll bring the Scotch to kill off our remaining 30% re-generated brains and livers. I believe that the price of peace is eternal vigilance and not eternal servitude. Sheep follow wherever the flock is guided by the watch dogs, but humans test, adapt, re-invent, learn by our mistakes (with a greater than 50:50 probability) and will ultimately evolve to survive. The only real problem is that we may end up killing our planet in the process of managing our survival. Perhaps, by then, some us may have hitched a ride to Mars and beyond? There are less obvious parallels to consider adopting - the LinkedIn Big Brother algorithm of submissive solitary existence, or the beBee path of endless possibilities and affinities?

#13
thank youAlan Culler for commenting and providing me with my next book :-) I am actually not a sci fi fan ir an expoert but I was fascinated by Space 1999 and Planet of The Apes when I was younger. Death by design as opposed to death by accident ? :-)

#14
we are a funny breed indeed, vicious circle seems to be the name of the game. many thnbaks ofr dropping by and lay out dsome further thoughts much appreciated Lisa Vanderburg :-)

Shakriyl's servant Ardi brought him the contraband book. Both the 70% AI and the full human recognise the concept of trust as having a element of risk - quite high (I would think) in this case. Both understand that something is rotten in Utopia; the 30% of human that Shakriyl is has realized this order is a type of death. The human instincts are beginning to stir in both of them - can't find the word to describe what has been awoken. This ambivalence is the beginning of awareness that will lead to freedom for both. War will come again. Sad bunch, ain't we Pascal Derrien

Hello Pascal Derrien Thanks for your story. I am currently reading "The Mandibles 2029-2045", by Lionel Shriver. In it the author describes science fiction as the "projection of today's fears through the device of changed science and technology." Using that rubric to make sense of your story - we fear war and discord to such a degree that we might be willing to give up personal passion -God, I hope not! No one likes pain, but the absence of pain is not Utopia -it's death. A fun read that started me thinking and feeling -or over-thinking and over -feeling. :-) Thanks Alan

#11
Thanks I have come up with a few ones like that when I am bored talking about myself or social media :-)

#9
indeed and that's why utopia whatever it is to whoever has never been within grasp, in my very dumb and short story the Elders created a worsening dynamic in response to what they were trying to solve in the first place , I actually made up Aika in my head I did not even know it was Japanese I actually quite like that :-) Dean Owen

Glad to see the Japanese have some influence in your future world (Aika being a Japanese girl's name). I think of future world's as envisioned by others, like Logan's Run, where mandatory death is set at age 21. Utopia to me sounds dull. Isn't there a case to be made for the existence of good vs evil. Hasn't war inspired incredible art and literature? Doesn't the possibility of cataclysmic event such as global warming or pandemics result in innovations in science and tech? Would you want to live in a risk free world?

#7
thanks for dropping by Laurent Boscherini. glad you enjoyed that one and agree on daydreaming :-) . As a nota bene and as strange as it may seem I have never seen Star Wars to this day I must be an alien :-)

Thank you Pascal Derrien for sharing your relevant and insightful post. "May the Force be with You". A world without Dream is a world without Hope.

Thank you Pascal Derrien for shaing your relevant and insightful post. "May the Force be with You". A world without Dream is a world without Hope.

I am saying nothing and I like the way you are seeing it too :-) It is the story people want it to be I am no longer in the driving seat now :-)

Thanks Devesh Bhatt/ Is the machine becoming more human than the human :-) Completely up to you to fill the blanks :-)

The political positioning? Mixed feelings to a human servant. It's fascinating and makes me curious