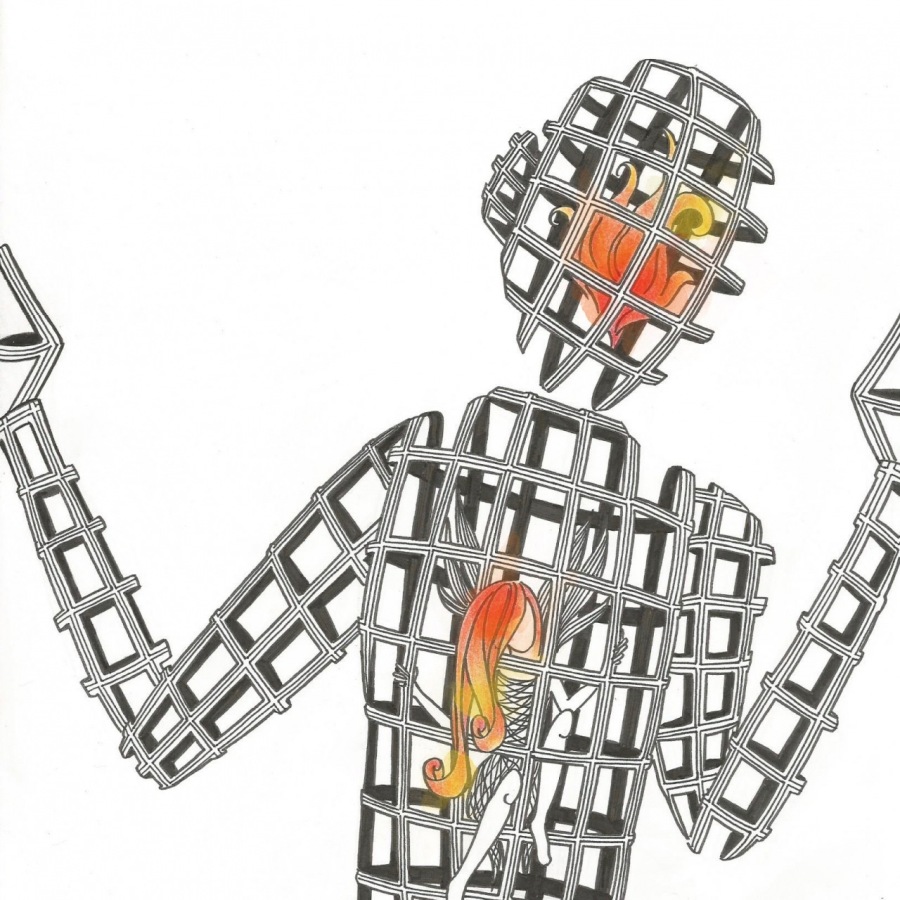 It's pretty difficult to pretend to be a dolphin when you are stuck in a biological coffin. That one would almost make me laugh if it was not reminding me of some uber deformity. Without any ambiguity I think there is a specter inside me, a spirit who is trying to break free. Not an unwelcomed guest or anything spooky but just another entity who is a different me.

Somebody I wish to be, somebody who would be the leader of the pack not one who suffers from multiple panic attacks. Not one who lives in obscurity but one who is one of a kind and does not crave for a lucid state of mind. There is so much inside yet no obvious signals or imminent riptide, just some misplaced awkward pride preventing me from enjoying the ride.

Its not easy being a transgender. By stating this its not an indication that I am losing my temper but don't dare telling me its my choice, it would be a grave error. I accept that the reversal logistics has profoundly modified my plastic. While I admit it has been somewhat traumatic, I had not anticipated it would give me such an uninterrupted cause for agony. Some kind of humankind reflux in a form considered as its most toxic.

Where is the magic when you're told you are paraplegic. There is no emotional rescue device, it makes you feel pathetic not ecstatic. Don't tell me you relate because I may retaliate. They often say how inspirational is it to see you have been so active for somebody...….

IMMOBILE say the fucking word you dumb ass it will not make it sound any less crass. I don't need you and your friends frigging pity. Who do you think I am ? Don't mistake me for a blinking teddy. You lot are a bloody nuisance, you and your acts of benevolence. You can stuff your TED talks about life and its renaissance.

Why mother? Is a question that never had an answer. Why Father? Is an interrogation that was always received with the utmost anger. Why bother? Is a parameter that has often made me wonder. Would it not be easier to surrender in front of adversity and its power. Would it not be simpler to you if I was not so dissimilar ?

I am not a danger or a widespread disease so you can park your unease. I am not a menace because I am not part of the conformity race. Listen, I did not have the chance to get a pick or avoid being a freak but it's not right that my state of being is always a perpetual fight.

What is the alternative when the environment is so repressive? Their intuition suggest a sleek institution, somewhere distinctive, safely restrictive but most exceedingly oppressive.

Maybe it's a fancy term to say I should be shipped to the ultimate Psychiatrical outpost.

A  place where at last, to their relief I would be-come a ghost.

Ghost inside of me

#29
many many thanks Paul Walters 👍

Pascal, Dazed. Confused. Taken aback. Our ability to probe the depths of despair as if it were your own is truly remarkable. I bow to your brilliance.

#20
ah Many thanks Lada \ud83c\udfe1 Prkic I have spoken to transgenders and frankly I was not quite sure I could mention it, write about it or even fully understand what they were going thru but decided that maybe an attempt to remotely walk in their shoes was better than nothing ?

Pascal, I won't tell you that I can relate to how a transgender person feels being stuck in a biological coffin. No one can fully understand another person's feelings until you walk in their shoes. But you expressed such strong feelings as if you experienced them firsthand. Only a true writer or poet can write about an emotion authentically without ever experiencing it directly. By the way, I love your rhymed prose.

#18
Like any attempt there is indeed friction, imperfection, forceps and unbalance on the narrative Praveen Raj Gullepalli maybe its because there is more than likely a lack of fluidity when you are stuck in those moments, I was reading a book on Vietnam war from the the Vietnamese view point recently the general sentiment was about broken lives etc I suppose our lenses are blurry and unprecise when it comes to those things and its hard to master the translation of those feelings :-)

#16
I quite like the sound of an outcast coalition Ken Boddie :-)

Perhaps, Pascal, we need the isolation, the kiss offs, the abnormalities, the put downs, the WTFs and the societal arseholes so often dwelling in mere normality ... before we can feel the occasional magic???

#10
I am always amazed at the time you dedicate to decorticate obscure posts like this :_) You always provide food for thought and guidance better than I could ever do CityVP \ud83d\udc1d Manjit THANK YOU

#11
that's a great quote Franci\ud83d\udc1dEugenia Hoffman, beBee Brand Ambassador I have never come across it before !!!

#12
a lot of turbulences in those territories when one needs to tread carefully :-)

“They laugh at me because I'm different; I laugh at them because they're all the same.” ― Kurt Cobain

This certainly tested the limits of how much I could follow into this deep exposition of human experiences that reach a point many of us will not go beyond. Not because we don't want to, but because we cannot. The one group of people who will understand this exposition even more than I are indigenous people who know the history of what happened to them. They too don't want us to empathize or relate but simply recognize that there is an experience we have never felt and probably will never experience whose raw realities is only known by the few who have been that deep into the human condition. It is on this count that i view this as a remarkable piece of writing because in recognizing own limits of understanding that which I cannot possibly know beyond that certain point, is what I reached as I got slightly below the surface but yet no where near the abyss. It is like pushing your head into these deep waters, knowing that there is a depth that we do not have the breath for - but at the same time get to recognize that a few experiences are of such kind that humility is our only out. So it is an admission of our own weakness as well as the strength and endurance of those who deal with life's darkest moments with a capacity unfathomable to us.

#2
#3 #4 Thank you very kindly to each of you...Pascal has tapped a mindset that is so terribly misunderstood... He is an ambassador of light among this sky full of stars...Bravo my friend;-)

the nexus between dolphin and coffin, one is a nature's gift, while other is human's innovation and how one inimical with other in the present milieu is nicely crafted dear Pascal Derrien! great buzz! enjoyed read and shared. thank you for the buzz.

#1
Cyndi, loved your phrase "light in shining armour", it raises all kinds of positive images.

My heart wept with this one Pascal Derrien...There seems to be an interesting synchronicity of our spirits happening here...We just had a young family member admitted to a treatment facility for bulimia nervosa...This piece has provided some very precious insight into the very dark corners of the troubled mind...Thank you for being that 'light in shining armor.'