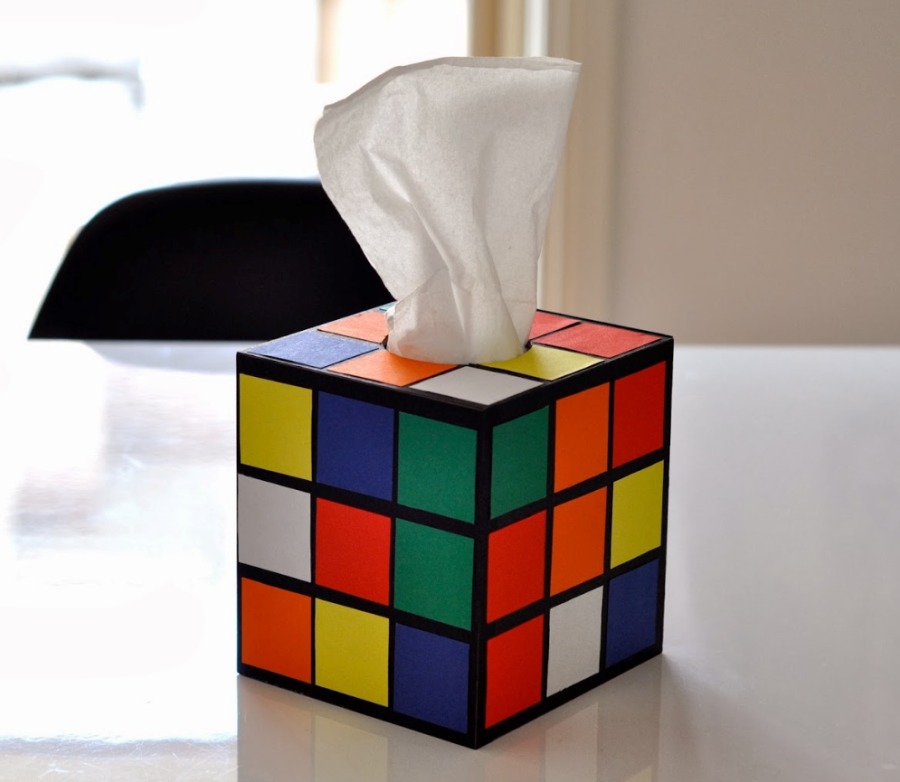 Let me take you on one of my bi-weekly Saturday morning stroll in Dublin City. Every two weeks my daughter and I are heading to town for her French course at the Alliance Française in Kildare street in Dublin. My other half and I have adopted a divide and conquer approach on Saturday mornings as far as activities with our kids are concerned. We take turn to accompany whether my son to his hurling matches or my daughter to her weekly dose of language from the old country. The course lasts two hours and it does leave my brain with some me time to fill as leisurely as I want to.

I often head towards Chez Max for a black coffee, the French restaurant near Dublin Castle. Sometimes it happens that the owner is around and we end up catching up about the time going by. Him and I are part of six or seven individuals left from a large pool of hundreds of French born professionals who came to Ireland more than 20 years ago, most left but we stayed each of us for reasons only known to ourselves.

We often speak about the bizarreness and the major difference almost between our generation and the new generation of expats coming to the country. He often refers to the incongruity of our generation values compared to the sense of entitlement that new comers seem to display, we laugh about how we perceive the youngster to be less driven and eager but maybe that is just because we are older.

When Max is not around I always have a paper version of Le Monde to entertain me. It is always useful to have a way to cast a view on the world news with a different outlook. Besides the different language I love the fact that the intent if not intact is still to equip you with facts that help one to forge an opinion or propose an interpretation thru thorough examination.

Like any of the previous days, on the 28th of January 2017, the planet is still not a perfect hub for mankind, indeed we are not remotely close to have our gigantic human Rubik’s cube sorted with all its colours perfectly aligned.

In bulk, you come across oddness with the Russians wanting to depanelize domestic violence, some inappropriateness for Fructo Fresh the health and bio food Polish company being caught selling products full of additives, adding to the insult the revelation that its Korean workforce is being treated and parked in prison style barracks.

The French political page describes how Francois Fillion the right-wing candidate has been asking the French population to make some efforts financially while it is revealed later that his wife has earned a juicy salary for a job she had barely shown up at. The International section would not be complete if there was not a mention of Trump unpopularity that’s said it seems the Dow Jones is exploding the 20 000 points threshold, a record never met prior in the last 120 years of the institution. Is it inconsistency at its best? Go figure!!!

Thinking about the inharmoniousness aspect and strangeness of the times we are living in I am heading towards Grafton Street, the famous Dublin pedestrian street. Depending on the version you prefer you may opt to discourse about the luxurious window display from Brown Thomas or Tommy Hilfiger or the not so new but attractive Disney mall.

Others may refer to the assiduity of the Pro-Life supporters and Chinese activists displaying their protest signs. If not asked to sign a petition you may be able to catch a glimpse of a street artist performance and others street sellers displays.

The street is busy and long enough and after a lengthy eight-minute walk I am directing myself towards the intersection of Lemon street when my attention is grabbed by a young lady sitting on the paved concrete, she has wet eyes and she is engulfed in a large cover.

She has an empty cup in front of her ready to host a few dineros from tourists and other caballeros. As I am approaching her I can read a made-up sign saying ’’Homeless & four months pregnant, please…. help’’.

When I ask her how come she is in the street, with an inner-city tone in her voice, she unfolds the tragedy that she found herself in by saying she is the one to blame when in a moment of madness, two months ago after smocking pot she cheated on her partner of two years the father of her child. He kicked her out and with no job she stayed on a couch at some friends for a while until last week.

When asked why her parents were not assisting her, she replied that her father told her he would not welcome a slut and her bastard in his house. With barely no options available to her, she became a reluctant homeless.

I am unsure what to answer, she is crying and I am speechless and even if I wanted to say something I don't think any sound would come out of my mouth. I also realize my daughter’s course will soon be over, unease I put a hand in my pocket and hand some tissues and a twenty euro note to her.

As I leave her I think how ironic is it that the busker the opposite side of her unapologetically kicked off a vibrant and funky acoustic version of Cry Me A River.

On my way back, I don’t know how but I end up thinking that love is the inexact science of the synchronisation of sentiments.

Life is full of discrepancy stories, who are we fooling when we still expect some kind of joyous alignment.

Even with the sound of the humidity in our eyes, I guess there is no harm in having hope.....

#29
thanks Ken Boddie for accompanying me on my week end whereabouts :-) Hope the coffee was not too strong ;-}

An enthralling tale, Pascal, sharing your typical Franco-Irish Saturday and snippets of the world in print, with the tantalising aroma of coffee. And then you plug a dagger of guilt into our souls. I have no issues with your tissues but 'our' unsolved cube of man's inhumanity to man will haunt me until .....

#27
thank you for taking the time to bring further thoughts to the conversation @Mohammed Sultan :-) I did know about this statue in Paris I will have to check that one out the next time I am there

#25
Lisa \ud83d\udc1d Gallagher I would recommend a live mini album ''iTunes festival 2013'' :-), thank you for the kind words as always it's people like you who made writing worthwhile :-)

Really enjoy your writing style Pascal Derrien. I remember the days of getting kids here and there, many times my husband and I having to go our separate ways with one or the other child. My kids are 4.5 years apart in age so it made it a bit simpler to be together with them for most of their involvements outside of home and school. As I told Dean, I love to hear stories of other's countries and cultures. You paint a beautiful and very honest picture through your words about your life and culture(s), France- to Ireland! I so love Justin Timberlake lol and I used to think he was too 'pop,' but he is very talented.

#22
thank you Donna-Luisa Eversley a lot of stuff going on in that girl's life :-(

#21
thanks Lisa Vanderburg having spent a lot of time with homeless people in the past I thought I would be equipped to deal with this but got caught literally off guard when I found out she was pregnant and in the street......... hence probably why I gave 20 as opposed to the regular 2 I dropped normally but what is normal really :-)

A compelling piece of writing Pascal Derrien that takes the reader along with you from the normalcy of your particular life to the feeling of utter helplessness of this pregnant girl crying in the street. I can feel the wretchedness of her situation and the hopelessness of yours; having to (rightly) leave to pick up your daughter. That awful 'acceptance' of how powerless suffering is.

#16
ah thanks Dean Owen some of the early articles were old enough and probably not very good :-), I like words and articles to a point that 2 years ago I got a diploma in Journalism, PR and Applied Coms I was the only non Irish born in the class :-) Maybe the quality is now acceptable and beBee is good in a sense that I can write about pretty much about anything but I am no writer just a regular guy having fun with no particular agenda that's why it is fun. I thought you were talking about somebody else when I read the comment are you sure it is for this article ? :-)

#17
Franci\ud83d\udc1dEugenia Hoffman many thanks fro showing up on all the articles I put out there, comments and kind thoughts much & truly appreciated :-)

My communication of thoughts parallels those of Dean Owen. When I come across one of your articles, I am determined to find the time to read it. This is five-star, Pascal.

It has been a fascinating journey reading your articles this last year. I am somewhat flabbergasted at how you have honed your craft and mastered the art of writing in a language that is not your native language. I loved the ideas you conveyed in your earlier articles, but they were somewhat confusing. But these last few months you have clearly demonstrated you are one of the best writers here. Oh, and one more thing. I do not share your eclectic taste in music, but perhaps we agree that Justin Timberlake was one of the best artists to come out of Memphis in a long while. His album Future Sex was brill.

#9
ah thank you Gert Scholtz just a few words talking to each other they do the talking as I have merely introduced them to one another :-)

#10
ah ah :-) ''the glorious art of practicing love until we exhibit unconscious mastery'' agree on the quest Deb \ud83d\udc1d Helfrich always worth trying despite the set backs :-) .

#11
chewing compassion sounds like a good pass time to me Kevin Baker many thanks for the comment :-)

Pascal Derrien Always there are jewels in your writing. This time: "I end up thinking that love is the inexact science of the synchronization of sentiments."

#3
indeed there is a few echoes wording wise many thanks for reading Devesh Bhatt :-)

#5
thank you Sara Jacobovici I shall continue writing then :-)

I continue to love reading and experiencing your stories Pascal Derrien. Thanks for the opportunity.

I can spot a few rhymes in this adding up to a songlike summary. Enjoyed this one too.

Once is a beautiful film, Glen Hansard is a bad ass artist, many thanks for the nice words or should I say MERCI Sandra Smith :-)