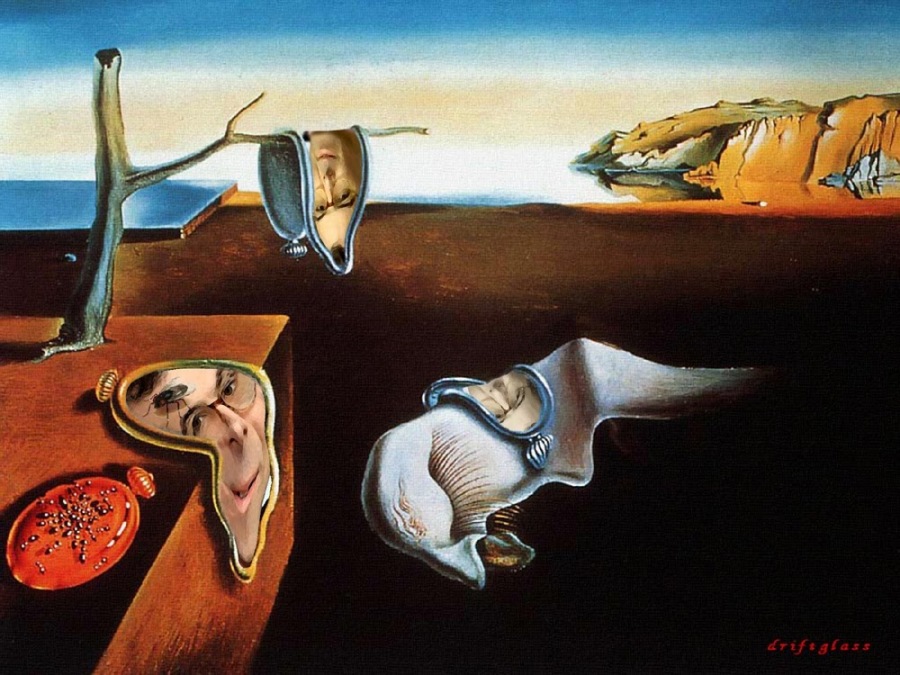 #36
many thanks for reading that one Louise I often do cliff hangers it leaves the reader with the power to imagine.... well that's what I would like to believe :-)

You might like this https://chopracentermeditation.com/ Energy of Attraction 21 Day free meditation with Deepak Chopra started July 23 A transformative meditation journey revealing the secrets to attracting love, success, and happiness. Tap into your true ability to co-create with the universe, let go of constricting beliefs to embrace all possibilities for success and harness your power to manifest your best and most meaningful life. Day 3 is very good I listened to it 3 times

I got lost somewhere between the perfectly manicured lawn & the headmaster finishing his speech I was disappointed when I realised the the headmaster finishing his speech was the end of your post I thought you were going to expand on "a tangible sentiment of time shift, a peaceful alteration to the journey , a palpable invitation from soft voices to begin another voyage" with another sub section Your writing was so calming, I think I went into then out of hypnosis !

#34
Thanks I have travelled a lot not everywhere but almost on all continents bar Australia, people learn about themselves in different way for me exploring was the best apprenticeship :-)

If I only knew if I only knew I will be transporting people to places like you do :) Travel gives us so much and Thank you for sharing it with us Pal Pascal Derrien

#32
cheers scratching my head now :-) The title is probably more in relation with the last paragraph to me that's what is important not the past even though I like to acknowledge it :-)

#30
ah you are very good and it's great encouragement to know that those short stories do resonate and end up becoming static travels vehicles, thank you Franci\ud83d\udc1dEugenia Hoffman, beBee Brand Ambassador :-)

I love you stories, Pascal Derrien. They take me to places I haven't been nor will I ever have the opportunity to do so. With that said, I feel can experience some of your adventures while enjoying your posts. Magical stuff, my friend.

#28
wow Proma \ud83d\udc1d Nautiyal this is such a praise that I am almost embarrassed and I am blushing now :-) That was the intent so I think its good it did work out ....in happy way :-)

Such a beautiful post, Pascal Derrien. You have that magic of creating soul-stirring pieces that transport your readers to another world, altogether; the world you are talking about. Your works give me goosebumps, in a happy way. :-)

When our lives take turns to retire and experience its onward journey and changes, then we experience vivid memories of childhood and great aspirations and achievements of our dear, spirited youth.

Your stuff is always very evocative Pascal and never fails to stir memories, usually good or at the least interesting. Thank you.

#20
thank you who needs virtual reality ? :-) Gert Scholtz many thanks for commenting and sharing your kind thoughts !

Pascal Derrien Travel: vicariously by watching trains, landing in a place and not knowing why you’re there, and embarking on a new phase with children – all are journeys in life. Worded as only you can Pascal – thanks.

#18
Its too demanding writing about a whole week I am a part timer :-) Ken Boddie

Three days in the life of the enigma that is Pascal Derrien. These tales leave us hanging for more please.

#16
Indeed! But that's what makes it relate-able, interesting, and entertaining

#15
thanks Randall Burns how funny that every day stuff can become the backbone of a story line :-)

#10
thanks Ali in 1991 it was a mixed bag but customer service was still a very alien concept , menus were sometimes pretty tricky too as I cannot read anything in cyrillic alphabet either :-)

I have been to Sofia and Varna. I remember back in 1974 when I was there and as much as I enjoyed my trip I had difficulty in communicating with people. In restaurants waiters were not motivated to serve because they got their salaries whether they served the customer or not. Still, I enjoyed the food there and in particular the Gypsy Salad. Thank you Pascal Derrien for bringing back old memories.

#7
Indeed and alsmost spooky I thought about that song when writing this, funnily enough I also bought a Bon Jovi K7 tape in the sheltered market in Sofia that week but I don think they had written that one yet :-)

#3
thanks Julio Angel \ud83d\udc1dLopez Lopez hopefully something along those lines indeed :-)

😉 👏👏👏 that the change be for good Pascal Derrien

wonderful buzz Pascal Derrien! enjoyed read and shared. thank you very much for the buzz.