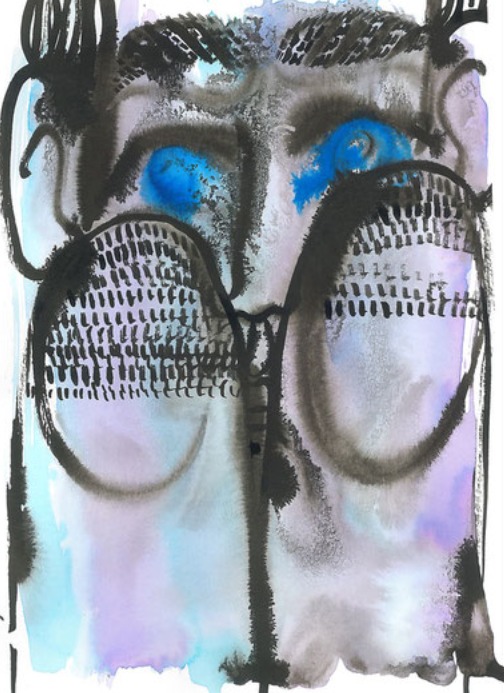 One life I'm gonna live it up, I'm takin' flight, I said I'll never get enough-

You remember I told you once about a school trip to the sea somewhere in Brittany. It had begun like any jolly all happy and full of energy. I even had Treets in my lunch box maybe that was some encouragement probably for being such a good boy when I had the chickenpox. I entered the water and I knew immediately there was too much pressure. It took me less than a moment to dislike the aquatic environment.

The second and third wave, I swear, had a ticket with my name destination a special grave. It happened so quickly, an oddity in day full of positivity, nobody did see me and for those who did, they just thought I was acting funny. How could nobody see I was out of breath because of the depth?

Few answers and so many questions but that’s a life conversation, a dialog in suspension except for those in adoration with sentiment recession

Once you told me; feed your hunger don’t be a passenger. Don’t let an undesirable passion lead you to extinction

What more can I do, when I see a burgeon you see a cruelty surgeon and it hurts me too

Of all the things, you say, at its very core this existence is the one you abhor

I can predict your body will hit the floor if you sign up with the giving up war lord.

#20
thanks \ud83d\udc1d Fatima Williams complex equation it is to be a human being :-)

When your mind's made up ! There's no point trying to fight it ! - What a song Pascal Derrien Gave me the chills. Open your eyes and see, there is a better world for you and me. We need to look beyond !

Few answers and so many questions, the story of our lives?! Deep like the sea Pascal Derrien!

#8
Franci\ud83d\udc1dEugenia Hoffman thats right :-) or is it hell or hight water ?

#10
thanks Antoinette Capasso-Backdahl , I saw them probably 5 or 6 times sinc eI was a kid :-)

Scratching the surface of any human being is a privilege like opening the doors of perception, especially when we live among a multitude of souls who are as predictable as melting ice lolly, who are too busy knocking on the doors of the day-to-day. There has to be fundamental depth to a human being, where removing the onion layer yields even richer layers underneath and then discovery is mutual, friendship is profound and humanity is renaissance. What I read here is that and I enjoy scratching this surface. Otherwise it is learning what the masses learn and that is never that much.

#1
thanks Devesh Bhatt much appreciated you droping by :-)

Going to be a long night here. Perhaps a swim can distract me.