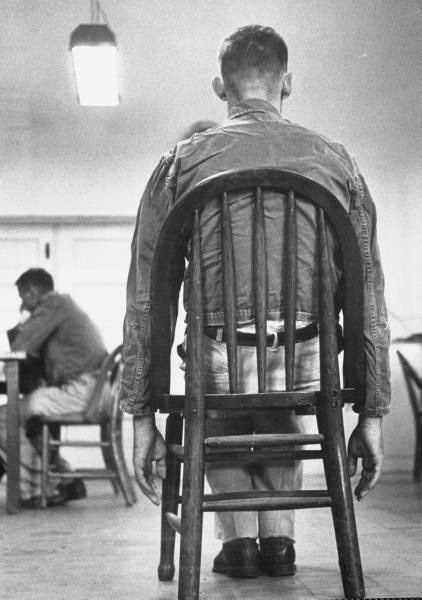 Life is sometimes very strange, that said it could be worse if it was orange thought Russell. If I had friends would they all pray? Maybe they would say that I suffer from an odd chemical deficiency or more likely invoke I am subject to a rare form of mental decay. Anyway I don't care because when they are going to sink, goodbye it will be time to say.
Relatives: you love them or you hate them, my deduction though is that you cannot really escape the bloody mayhem.
It was meant to be a poem but it won't be because of the family of them
It was meant to be a hug now I am told I acted like a thug
It was meant to be friendly, not scary, how come it became so dark and messy
It was not meant to be awkward why people do always think I am backward?
I am positive It was meant to be sensitive
Or maybe confusedly I meant definitive
My name is Russell, I don't know my age and for as long as I can remember it seems that I have been living in a cage. They say I am recovering slowly. From what I don't know they don't dare saying maybe it's their own way of saying they are caring.
It's 5 now and when I close my eyes, I dream of berries and pies. I don't like when they say it's time for the pill because they always mention I am very ill. I rather think I am about to upload another one for the road.
Hey there is a Western on TV, I better check that my gun is in full load.

#29
thanks so much Joyce \ud83d\udc1d Bowen Brand Ambassador @ beBee 🤔

Wow--I missed this one, Pascal Derrien. Brilliant comes to mind. There is a sort of sweetness to it.

Thanks Pascal Derrien - another wondrous piece of writing!

#25
thanks Debasish Majumder this is much appreciated as always :-)

nice buzz Pascal Derrien! enjoyed read and shared. thank you for the buzz.

#23
thanks Tausif Mundrawala family can be support but also a very toxic environment indeed thanks for dropping by :-)

#20
Thanks a contribution full of empathy :-)

#1
You always have a verse You should've been a nurse! There say that they are special But kept in isolation We should be able know We should be able care But oh it's forbidden And so it's hidden The darkeness remains! The light with held I only hope tomorrow Throws light in their world! Pascal Derrien

#14
I am certainly no expert myself, but I believe schizophrenia type illnesses are chemically related Pascal Derrien...The mind is a mystery;-)

#13
I would agree Cyndi wilkins that the context and experience of the individual is counting for more than half of the equation , it seems but I am not expert that some schizophrenia prone individuals for example develop the illness or not depending on their emotional environment and experiences

As I am reading your post here this morning Pascal Derrien, my ears are suddenly assaulted by the booming voice of my next door neighbor screaming bloody murder at her two young children as she tries to get them off to school...What a way to start your day of learning...and I can't help but think...WE DO THIS TO OUR CHILDREN! Listen, I understand completely that much of mental illness is chemical imbalance...but a great deal more of it is 'manmade' because we have not learned to manage our own emotions effectively and we are the greatest influence on our children's mental health...The fruit doesn't fall far. Not being able to manage our emotional beings creates anxiety and depression...and many more insidious maladies. The key to overall health is emotional well being...even if you are physically disabled. Those with a healthy mindset are more able to handle physical disabilities and emotional setbacks.

#10
It can be very hard to discuss, especially if you are in the midst of a longer term crisis. It may begin with 'bouts' and suddenly it hits you like a lead balloon. When I'm going through a period of depression because my anxiety disorder has been on-going (one leads to the other), there are times yet, I still feel I have to try and hide it from those who love me. It's like trying to hide the flu.

#4
Mental illness is the hidden disease. It appears more are willing to talk about it than in the past but it is still a hush-hush subject. Popping pills aren't the answer because with mental illness one size does not fit all.

#9
thanks Lisa Vanderburg trying to speak about a topic which is not very well covered and where there is a low appetite to promote the discussion about :-(

#7
thanks Joyce \ud83d\udc1d Bowen Brand Ambassador @ beBee I was starting to worry a bit about you , welcome back :-)

ohhhh--such a nice first read after a time away. Great work, Pascal Derrien.

#5
yes I know not my most uplifting article :-) many people are erased from the reality of life unless they make the headlines for the wrong reasons, a complex taboo in our societies Lisa \ud83d\udc1d Gallagher thanks for reading and sharing

Very dark, the last line was telling. Sadly, this can be a reality for too many depending on their mental health, chemical dependancies or other. Its great to bring awareness to these deep and complex issues.

#3
indeed Franci\ud83d\udc1dEugenia Hoffman, beBee Brand Ambassador and it is scary to think we are all one step away from a mental health incident or issue maybe not as severe as those leading to murder suicide or violent psychotic episodes yet we don't seem to want to be speaking about it collectively

So sad to think this is real life for some, which unfortunately it is.

#1
I agree Ken Boddie , one need to explore humanity in order to comprehend its complexity and mis(t)ery some chapters are not always shiny :-)

Dark and stark is my remark. The light that leads to mind healing, Only shines when all other hope has been extinguished. Nurse me into blissful sleep, Or take me down and "bury me deep".