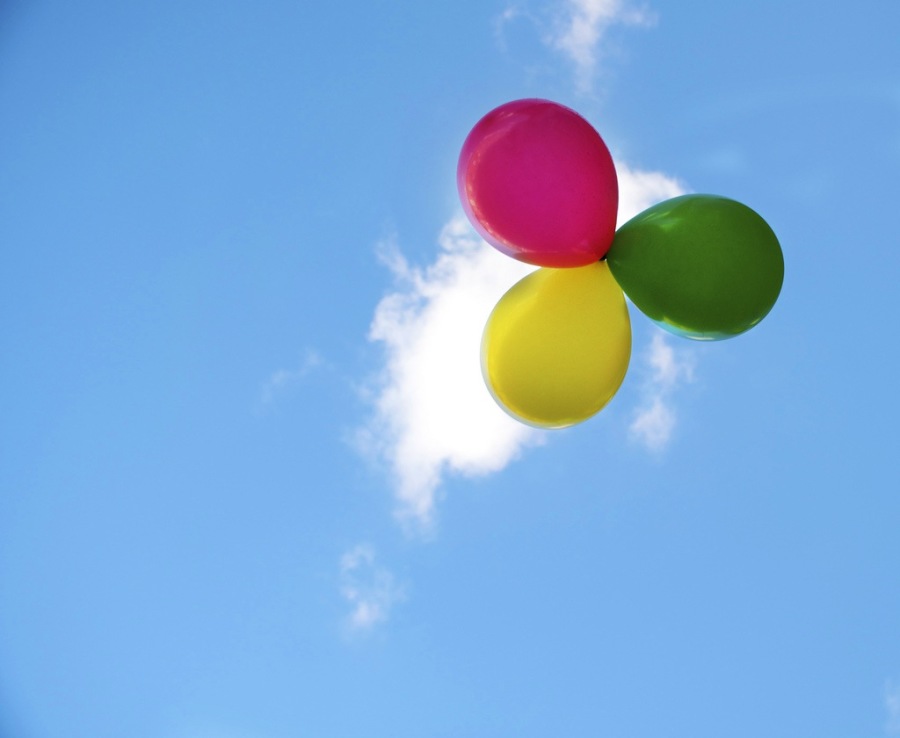 On this beautiful morning of June 2019, my son had planned to meet up with two other fellow hockey players at the North Kildare Sports Facility and asked me to give him a lift.  It's really a cool place and nice sports complex even though its somewhat remote. The nearest civilization hub is the village of Kilcock. An outgrown village not yet ready to become a part of the extended Dublin suburbia landscape. The boys told me they wanted to train for an hour or so and since it was lunch time I decided to head towards Kilcock and explore the place. I had never driven thru let alone set a foot in this charming waterway location.

After purchasing a wholemeal sandwich and what the locals dare calling a gourmet coffee I decided to set base on a bench near the church. As it is sometimes the case my unstrained brain took me to a place where I had not been in a long time.

The pattern was familiar to me though. For a very long period of time now my memory has been on a hunt. I read a book when I was a young child. I don't remember its title or the story. I think I was 6 or maybe 7. I don't know if I have ever finished reading the manuscript or I have just forgotten I had read it in its entirety. My memory has only been able to retain some vague visuals from one or two pages. Those excerpts have been troubling me for ever since. From what I can recall they were not extraordinary by any stretch of the imagination.

Not clearly expressed, equivocal or even understood I think I remember with a certain lack of clarity and distinctness a deserted petrol station on a hot summer day. I am unsure but I think it was set in the Midi region in France. I remember clearly the feeling of warm thrill and contentment it gave me. A sensation of high spirits filled with optimism and uplift which I have never managed to fully grasp because the emotion left me at the same time than the book got lost.

While It had proven unsuccessful on prior attempts I was resolute in sending a few reminiscence scouts on an ultimate quest to my brain in order to salvage those lost feelings once and for all when suddenly my attention got attracted by something else. It was so evidently in my line of vision that it was trivial almost childish but I could not help but smiling at the spectacle of three balloons evading from the earth surface. I didn't  know the motive or the rational for the three balloons to undertake their freedom flight but at first it was a joyful prospect. Not sure how and why but I gathered that they were brothers and sister. Jake, Drake and Annabelle.

The journey was short and abruptly aborted for Drake when he got entangled in the electric wires. He evaporated from the sky in less than a second. His elder brother Jake and his younger sister Annabelle were yelling and screaming, distraught they looked at their deflated sibling in disbelief. I got up from the bench as I did not want to have them out of sight of land.

I became pretty agitated when I realized than Annabelle had got caught in the electric cables too. Before I could say anything the wind threw the poor balloon into a hook and sensing the end was close, the catapulted balloon managed to get enough inflation to whisper some recomforting words to her elder brother.

Not able to process the situation, Drake listened powerlessly to his heroic sister. Promise me she said , promise me that you will always do it

What little sis, what is it?

#42
glad to see u around sometimes I even make sense 😉

Never Stop Starting. Pascal Derrien You have no idea the impact these three little words have on me right now and the story is beautiful. Love it, feel it and embrace it!

#40
many thanks Randall much appreciated ☺️

A deep and truly beautiful buzz. Pascal Derrien you have the talent of using your words to make everything from everyday life seem so special and different. Loved reading it.

#34
That is the most insightful way of writing a story because the direction of the story provides a clue to how you naturally gravitate your thoughts. To watch that direction is a bit like reading dreams. It is not as if dreams were an evolutionary proxy for truth, but that how we interpret a dream informs us of the thinking and direction of our own interpretation - what is hard is when we go beyond where we ended up and begin to see alternative paths for the story. Yet you have to go through the path of the story as it evolved in an unplanned way - where we did not alter the course of story with our conscious intent. When I begin to see a pattern in my thoughts where I am consistent in my end state story across different scenarios, there is born wisdom in my pattern recognition.

#35
. Ah thanks John I must say this is also becoming a personal reminder / motto too 😉

I think the phrase Never stop starting will resonate with me for long time.

Love the orchestral U2 cover. The anthropomorphized balloons provided the the life as we least choose to think about it rather than balloons as metaphor for the hot air that is so much a part and parcel of living out our overly branded existence . The moral of the story becomes that much more powerful when the story of the balloons is not the usual dose of taking us down a painful road, only to bring us back to a high point. Only for a handful of people is life like the Pollyanna and advertised existence that keeps our economy running.

#28
thanks 🙏Ali starting all over again is. A never ending story 😉

This is a great buzz Pascal Derrien. There is always a room for taking a breath and a short pause to smell the flowers and start again. Fantastic buzz this is my friend.

Cool story! Has anyone noticed that the balloons look very much like the Julia language logo? source: https://julialang.org/

#23
ah thanks Lada \ud83c\udfe1 Prkic they are pretty good those guys indeed :-)

Pascal, what a delightful story and a beautiful rendition of U2's timeless melody. NEW AIRS and the Balloons perfectly match together.

#21
many thanks Joyce \ud83d\udc1d Bowen Brand Ambassador @ beBee the calm before the storm and that :-)

Quiet and peaceful despite the danger. Nice, Pascal Derrien

#19
wow wow wow that's some story and I am shocked I have played a minor part in it . thanks for sharing something so personal Cyndi wilkins I am humbled

#13
I have to share a personal story with you Pascal Derrien...because it is the perfect example of how stories combined with the right music can influence our interactions... After I read this piece for the first time and was feeling exasperated by the 'balloon sib caught on a wire'...Then I got a text message from my younger brother telling me he had just been fired from his job. My first reaction to this was surprise as he and I rarely speak...I am not tolerant of his mood swings and despicable behavior when he is angry, so I have all but shut him out of my life...I had warned him repeatedly over the years that his brutal behavior would one day cost him something he loved....in this case his job. Initially, I wanted to send him back a big 'I TOLD YOU SO!" But instead, for some reason I went back to your post and read it again while listening to the music and for the first time in years my heart felt for him...I realized he didn't need my judgement now...He knew what he did wrong and even admitted it to me in his message...He told me I was right and he wished he had listened...This was my opportunity to change my bitter relationship with him as he reached out to me. The messages I sent back were full of encouragement and uplifting thoughts...I was able to have compassion for his loss, as he has suffered many as a result of his behavior in relationships...especially towards women. Now he was turning to me, a woman he has had a rocky relationship for years...In my last comment to him I said, "Never stop being willing to start over." Thank you for the perfect message wrapped in a beautiful musical package;-) .

#13
Oh it worked alright! Catapulted me into the sky like a rocket! That is the amazing impact music has on the senses;-) It is the 'universal language.'

It’s weird I know, Pascal, but when I first read the title of your post, and saw the balloons in the sky, I was transported back to the cinema in Scotland where my cousin and I spent many a Saturday afternoon in winter watching cartoons as kids. They often showed Lamorisse’s short movie “Le Ballon Rouge”. Funnily enough Lamorisse’s son, also named Pascal, played the main role in the movie, alongside the balloon, of course. Go figure! 🤔

If you ever find that Drake balloon, Pascal, make sure you give him a belly rub. That should make him ex-static. 🤣😂🤣 By the way they’re a bloodthirsty lot the Irish, what with Kildare, Kilcock, Kildare, Killarney. Every time I watch South Park, I’ve no doubt who killed Kenny. 🤗

My dear Pascal Derrien...You have an amazing way of making the ordinary extraordinary...I read through this piece once with a feeling of exasperation for each balloon sib caught on a wire....like the soul trying desperately to break free of its bodily confinement...I felt sad... AND THEN...AND THEN...I read this piece again while listening to the MUSIC;-) My heart suddenly began to beat with a "sensation of high spirits filled with optimism and uplift " I have goosebumps all over...Thank you for your amazing energy of light;-)

#9
thanks Praveen Raj Gullepalli for this incredibly generous comment . I have lost count of how many times I have moved as a child , books make great friends though ;-)

#3
you are very kind Franci\ud83d\udc1dEugenia Hoffman, beBee Brand Ambassador careful with the landing though 😉

#5
thanks Debasish Majumder always good to see you dropping by 👍

after a brief hiatus, a lovely buzz Pascal Derrien! enjoyed read and shared. thank you for the buzz.

Wow, this post catapulted me into a state of awe! Bravo, Pascal Derrien.

#1
wow thanks Ian Weinberg that's unexpected these are just a few words :-)

To be able to create a narrative out of such simplicity is indeed a talent. But to inspire the reader to join you on the journey ... we’ll that’s real magic. Take a bow Pascal Derrien