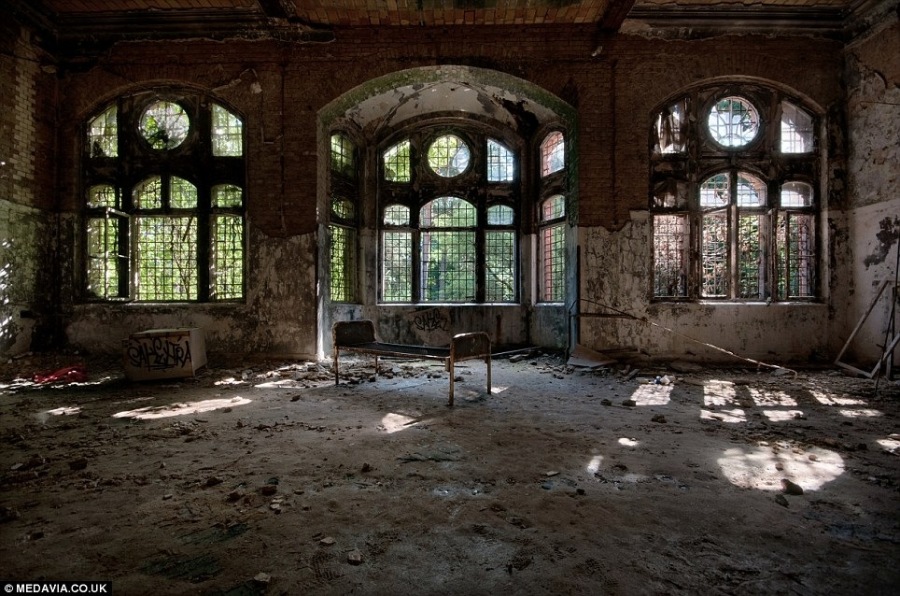 1917 the 17th of October, it's 6 a.m. First Lieutenant Armel Truet from the French Infantry Corps is taking a sip of Cognac after a sleepless night. Armel will be leading a 50 men squad to the assault of Hill 217 just up north of Calignac, he is part of the second wave. His friend Jacques was part of the first one who took off at 5.30 under a clear sky and with a full moon in sight. The second wave is also known as the lethal train partly because the effect of surprise has vanished and because the Jerrys have the reputation of being sharp snipers. Three minutes to go according to Armel's watch.

2017 the 17th of October, Arnaud Truet is dismounting from his moped and is parking the two wheels road scooter in front of his office, an advertising  start up he has founded somewhere in the 5th arrondissement in Paris. A nice, quiet but fancy spot two steps away from the rue Mouffetard the popular pedestrian street that runs almost from the bottom end of the Gobelins avenue almost all the way back to the Pantheon. Just twenty minutes ago Arnaud has given a talk to 30 aspiring leaders at a workshop in the neighbouring 13th arrondissement.

It's dark in contrast with the bright open space Arnaud had established his office into, that was the first thought Arnaud came up with when he opened his eyes. His vision seemed slightly blurry on the left hand-side though. For a short moment he considered why his human periscope only allowed him to observe the scene in front of him but noise, a massive headache and a sensation of cold burn monopolized his thoughts.

Arnaud: What is this place?

Armel: A field hospital near Calignac's front line, it's a military hospital.

Armel: Me...it seems you have invited yourself in my body, I will take the right side if that's alright with you and before you ask me how come, let me tell you I have seen weirder and more bizarre stuff this year alone. I am Armel Truet by the way.

Arnaud: Truet? That's my name too, wow such a small world I am Arnaud Truet, Armel you said? That's my great grand father's first name, he got missing in action in the first World War just a few months before my grand mother Andree was born, she never met him.

Arnaud: Did you hear this Armel ? They say they are about to operate us, you need to tell them I have high level of iron and I need  to take my medication before they do anything.

Armel: I have high level of iron too, in my case its called shrapnel and it just happened this morning, a few gifts from the Germans, a nice collection of pellets expertly planted all the way from my left leg to my neck with a miniscule steel crown located just behind my ears, that one is small but extremely painful. Anyway don't worry it's my body, you are a bit tick aren't you, are you sure we are related?

Arnaud: I don't know how I ended up here, I was giving a talk on leadership and guerrilla marketing and how you need to be a warrior and here I am. Travelling almost 100 hundred years back in time. Which date is it?

Armel: 17th of October why? Leadership, war and emotions  you said, ah yes sounds similar to what we tend to do, in fact most of us do it?

Arnaud (almost excitedly): Is that true? What is the name of the program?

Armel: Diary that's how we call it..., I know we are sharing a brain at the moment but surely you don't come across as you  need a full one to function.... :-)

Armel: Listen, shut up now, we need some rest I think they are talking about a major surgery. We may see each other on the other side.

Arnaud: What do you intend by saying this?

''What do you mean by where was I ?'' answered Etienne

''Yes I mean where was my body the last 2 hours?'' frantically enquired Arnaud

''You are worrying me Arnaud you know that!'' said Etienne '' but if it does reassure you, let me tell you that you were staring blankly at your tablet with your office door closed.''

''Can you find me an aspirin Etienne? I have a massive headache and also can you tell the floor staff to tone it down I can't stand this cacophony.''

''Are you sure you are alright Arnaud, you always tell us you like that noise, having the team on the phones, shouting, arguing and prospecting you say that's living on the edge, that's how it should be , you always refer to it as the buzz of life on steroids''

To my great grand father

#21
thanks for keeping the discussion alive Harvey Lloyd just as well as you are making more sense than me :-)

#19
Pascal Derrien draws these kind of questions as we ponder the 4 dimensional space he created. With humility i would like an attempt at answering the questions: Where do we fall to when we're living on the edge, Pascal? We are on the edge because of experiences and time. Time each day requires something new of us. Yesterday was figured out and we had it handled, today brings new challenges. Whether we retain the edge is only certified if we understand the edge itself. The edge is a position of understanding that wisdom of yesterday must yield to new wisdom today. But should we fall we need only find the wisdom required. And most likely seek some forgiveness. And how do we find our balance again? Balance is found in the doover that seeking forgiveness provides. Do our memories span time and generations? Our memories do span time. Each day we create memories that not only we carry, but also that we created in others. They carry memories forward. The handing down of memories insures that wisdom carries forward. Or does our imagination tease our senses? Imagination is the basis of invention. Thinking outside the box is really a new phrase that references imagination. Yes imagination teases the senses. WIth prolonged thought our senses begin to see it in reality. It may not exist as imagined but it is new and different. Thanks for the questions.

#19
I think it is a bit of all that Ken Boddie time and vertigo if we were to give it a lingo :-)

Where do we fall to when we're living on the edge, Pascal? And how do we find our balance again? Do our memories span time and generations? Or does our imagination tease our senses?

#17
I read it twice :-) and I liked it a lot. I am going to share it with my father, as well. He loves to read writings related to the war and about the soldiers who fought in it.

What an excellent piece of writing! I could actually visualize each and every dialogue being delivered. The lieutenant getting ready for the attack, the young entrepreneur gearing up for his day at work after giving a speech on guerilla marketing. So intriguing! This seems like something of a parallel universe kind of setting. And of course, the similarity in surnames and that they were actually related. The point about high iron that drew back the point on how the lieutenant lost his life. I loved it, Pascal Derrien. I wish I could see it enacted. How amazing it would be! Thank you for writing this wonderful piece.

Well, well, well Pascal Derrien I think that this one is purely for the right hemisphere - just go with the flow, no dissecting or interpreting. Ease into a mellow entropy... what the hell! Nuances of many things - time, life, death. Sometimes best to just be with it. Thanks for another neuro-tickle!

#10
Please don't tidy up because i am just learning where everything is, i think we have some similarities of clutter. Yea, i heard the tune the other day and thought it appropriate, so i looked up the video. Wow they were some big hair mugs. Guess it was the times to have it.

Pascal Derrien . Cool!!!! Thanks for this...was a great read

#9
thank you foe the nice comments if you drop by my brain I will have to tidy up a bit I think it is fairly cluttered top put mildly :-) Have not thought about that tune long time I have heard it actually Harvey Lloyd :-)

Everytime i read one of your posts i think it would be awesome to meet your mind. I often ponder the old photos of my ancestors and realize they faced the same issues i do without "cacophony of noise". I always "think" that my ancestors saw life from a total different perspective as you bring to the front. Great post but i believe the song "Head Games" would go better:) https://www.youtube.com/watch?v=CQdnn4QZ8Kk

#7
thanks Lisa Vanderburg two is the crowd ;-)

Wow...powerfully beautiful Pascal Derrien! I wish I could pick who gets in my head :)

#5
ah thanks Gert Scholtz my own made up family kaleidoscope I suppose :-)

Pascal Derrien From the man that brings time travel to generations – a good one Pascal – and time to place all the family “times” in one publication for past and future generations.

#3
thanks Devesh \ud83d\udc1d Bhatt you got a point there thanks as always for reading and commenting :-)

Thats what i say, really? Could be a real good name for a book with all your blogposts arranged to a good effect. Like theme based albums. Thats what i say. Now i need an aspirin.

nice buzz Pascal Derrien! enjoyed read and shared. thank you for the share.