The Illusion of Proximity 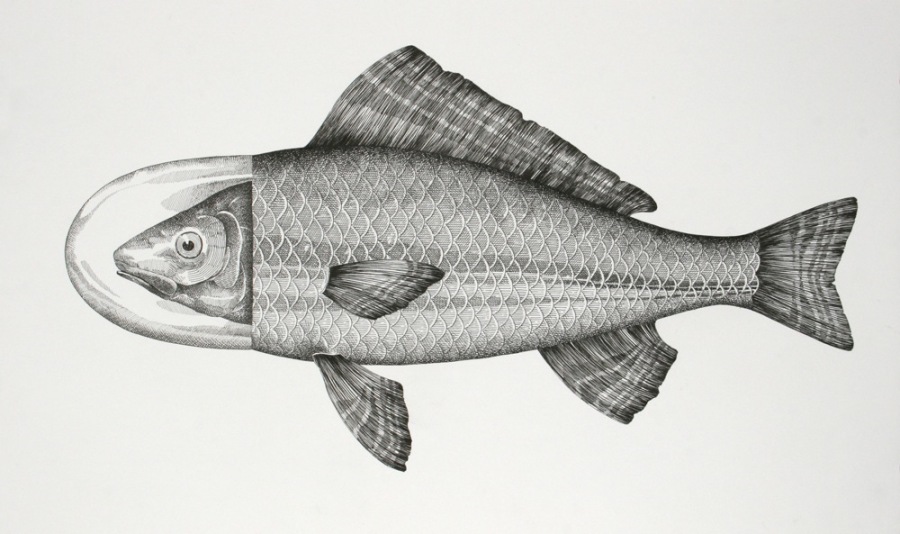 No need to stress out folks, this ain’t going to be a lecture or a demonstration on the value or limits of social media (a lot of smart people have written about it). I have zero interest in a semantic discussion either and I am no expert anyway.

Hopefully you will still accompany me and help me shedding some lite on what SM (social media not the other stuff :-) ) is for you personally beyond the simple rhetoric of engagement, measures and other overly advertised thought processes.

I was thinking, yes I know it does not happen very often but on that day, I was given half a brain for the morning so I was thinking I should be thinking and I sank big time in a sea of confusion. So, like I said I thought and I thought and I came up with some overarching principles on what proximity and social media are to each other.

To do that, I became my own guinea pig and decided to study my own digital consumption, I know I am brave but what would you not do for the sake of science. So here is a bit about me, at that point I need to remind you that this is about me, no the site about.me just in case.

So, after many late nights, skipped lunch breaks and other fastidious readings I came to the point where I realized that there was a great variety of networks and that your humble trial patient is using them for different purposes. Wow great start I thought so when I pushed the study further I realized that I was part of five and sometimes up to six groups but always less than ten on a platform called Facebook. If you want more granularity, I can even disclose that the breakdown is composed of anything from board members’ groups to running or music groups which I scientifically believe represent a fair sample of what one digital consumer can swallow daily.

On LinkedIn, I discovered that I have followers and the reason I say that is that most people who congratulate me on a job update are people I hardly know. Hmm it could be a defining moment so I realized I should be directing my research towards unchartered territory insofar as how are feelings represented on social media.

So, to do just that, I pursued my research towards all the touchy feely components and material that composed a large part of social media consumption. They say you must be engaged to obtain full spectrum and maximize your reach, it’s all about content and building emotional rapport. Gosh how I am going to do that when I have never meet any single one of the folks I am interacting with however I am of the opinion that there could be a sense of camaraderie, solidarity but that would need to be further qualified by a few conclusive experiments.

That’s when I got a bulb light moment, eureka had knocked at my door: Social Media is not tactile! Well at least not the last time I checked. Hear me out now because this is important, maybe and I am cautious as only a researcher can be, so maybe I can become a social media guru too. What if I develop a 3D Software app. OK how am I going to overcome the app creation hurdle? I don’t know maybe I don’t need to create one so how about I will just copy the others, you see I am no goldfish.

Messengers, videos and other gimmicks are already here claiming they are building engagement to the next level. I now can see your emotions, hear you, see you, interact with you. I cannot hug you maybe but I can see the beautiful you with a video where your lovely face can come thru!!!

This is a fundamental development; believe me this is no illusion I am an expert and I have paid (in bitcoins) for my reputable Digital on Line Ph.D. from a nearby ghost city. I even have copied and pasted a thesis which title is ‘’ The Illusion of Proximity: An Essay on Social Media Immediacy’’. In this I demonstrate clearly with substantiate arguments, findings, surveys and graphs that no matter how you look at it, in social media I can non equivocally state that the relationship between a group or two individuals is still a f#”$ing

#15
No, didn't go to lunch, Pascal, but off to bed. I guess we all tend to forget that so many of us are on different time zones.

#34
thanks Mark I wont add anything you said more than I could ever add and I am pretty humbled by the comment .......

#26
I think I am on something here Aurorasa Sima especially if I sell the name of the app after two weeks running on empty data I could be a thousandaire :-)

#27
yes I also think I have meet or come ''across'' genuine people that I would love to meet in person that said I like being the devil's advocate too :-) Lisa Gallagher Skype ah Thons interesting when you think Thon means Tuna in French :-)

#14
Ken Boddie and so many of you. I really think many of us make real friendships on here even if they may be virtual. Maybe we should have skype-A-thons on occasion ;-) Pascal, loved your buzz and I visit fish in the sea photos all the time LOL! Keeping it real, love it!

#19
Many thanks I don't think it is that good but my ego will accept the compliment anyway Sara Jacobovici :-)

#18
Indeed the usual digital native vs digital migrant however one could argue than the digital native are emotionally immature when it comes to real life engagement :-) Damn if you damn if you don't I guess :-)

#17
agree bang on Sara Jacobovici we transpose non SM rules of engagement of SM platform and that where and when things become tricky :-)

Pascal Derrien has written the most "human" perspective of social media I have ever read. And enjoyable too!

Pascal Derrien, you are a genuine storyteller and this plays a key factor in my SM engagements and definitely contributes to shortening the distance. My only comment to you would be that you may want to look at, in your future post-doctoral research, the (average) age of the individuals in our groups. My bias is that as a (chronologically) mature adult I come to SM with a certain amount of knowledge and experience and language to communicate those and that makes the engagement more "real". I found it refreshingly easy to understand your Buzz, and so felt close to your writing style, images, humour, and so closer to you. Thanks Pascal, beside the learning, I also enjoyed your Buzz.

#14
Love your comment Ken Boddie a discussion was taking place about expectations. I think the signs are based on what we expect from engagement, especially proximal engagement, all based on previous non-SM experiences. And I think that's where the illusionary piece comes from; we project our past experiences from a non-SM environment onto a completely different environment. In spite of all of this, thanks for the opportunity to engage with you Ken. I think in your case, humour has to be on the top 10 list of signs.

#14
thanks Ken Boddie always well crafted and thoughtful comments :-) btw I checked behind my screen and you seem to have gone out for lunch :-) Will come again then :-)

Interesting buzz, Pascal. For me, engagement on beBee (I have mostly given up with the other forms of SM) is as simple as a few comments back and forth. Positive comments serve to boost my oversized ego and negative comments may bring me back to earth with a thud. I see them as recognition of the time and effort I have put into a buzz. Likewise, when I enjoy someone else's buzz (such as this one) I always spend some time preparing an appropriate comment to let the author know his/her prep time was not wasted. These comments don't necessarily need to be thought provoking, although that is always a bonus. Conversational or even jocular comments, or even emojis on there own, are all greatfully accepted. As for the illusion of proximity, for me, you and all the all too few bees with whom I regularly engage, are all just there, behind my screen, and a keyboard away. I love to hear from bees with whom I have built up some rapport over a period of time, but also like to hear from and respond to newbees, or at least new to my 'buzz circle' (there's a new expression for Franci Eugenia Hoffman). I know that when I haven't engaged with a bee for some time, I certainly do worry if they are OK or may have been flattened by a bus. So if the above are signs of true proximal engagement then let's open the illusionary honey pot and celebrate in the illusion of proximity.

#12
it is I suppose developing a new kind of interactions, question is how deep and genuine can they but may be it does not matter either :-) Thanks Dean Owen :-)

I used to think social media was about enhancing existing relationships, but know now it is also about developing new relationships.

#7
hmm this is an important question Chas Wyatt what if the fish is short sighted or myopic, I think I need to put my thinking hat on :-)

Thanks Irene Hackett you have described it better than I could :-)

Yes I was thinking are we kidding ourselves there, sometimes people drop and nobody do notice so maybe this all thing is an illusion I don't have the answers thanks for dropping by :-) Donna-Luisa Eversley