The Bottle & The Dancer 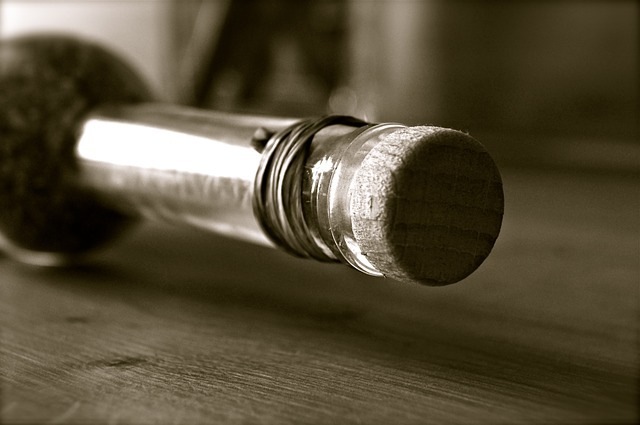 It always was a respite almost an anomaly but the days we went to my grand-parents we almost functioned as a family. Crepes galore, roasted chestnuts and hot chocolate were more than I could imagine being on a plate.

There was no TV but entertainment was always there to be. My grand dad always made a point to take out for me something which I thought was quite spectacular, all the way from the cellar I would be smitten by a twirling ballerina in a bottle of liquor.

I did not know I would fall in love with you Elody, you gorgeous genie who would be musically so important to me.

I was about to leave the country and I asked if I could bring you with me my beloved Elody. There was a chuckle when he  heard me talking about the bottle, was it insensitivity or animosity, the thing was that as fast as a furious inferno my request was received with a sarcastic big fat no.

I looked at you in despair, I thought this was very unfair, I wanted so much to have you in my good care. Everybody knew that was the only thing I really wanted to do.

I took a last glimpse of you

Elody is no longer held by the king of veto, feelings are no longer restrained in a kind of grotto. Not anymore, I would lose my temper and that’s the truth, you know I am not a storyteller.

I was wondering Elody, would you come and see me? How about you come and live with me? I understand this is a decision which has its own difficulty but it breaks my heart to see you so alone and dusty.

Whatever it will be, it will be, but I have something to tell you Elody, to me, you have always been more than just an imprisoned little lady. Girl I got to tell you, what a striking petit jeté !!!!

My dear stunning cast away

#19
thanks Aaron Skogen encouragement much appreciated :-)

#17
thanks Praveen Raj Gullepalli for the best wishes :-)

#12
thanks Franci\ud83d\udc1dEugenia Hoffman while I like the 7 it is pure coincidence really (or is it ?) :-)

#9
indeed I was looking for a special cover of ''message in a bottle'' not the usual version but did not come across something that truly stood out :-0

#8
You're amazing Pascal Derrien! Even your comments are beautifully written. "...a complicated story with different drawers..." That took me right into an attic, sitting in front of an old chest of drawers, wiping away the dust and looking through each drawer, one at a time, and discovering a lot of chapters from a complicated story! You also have me curious...are you willing to share what your original musical choice was?

#7
thanks :Sara Jacobovici a bit of a complicated story with different drawers , musically I had made another choice but this one got so strongly obvious.... :-)

Regarding the story, eerily beautiful Pascal Derrien. Regarding the music, this is the second time in as many days that I write saying that the music you chose is one of my all time favorites. (I used it in one of my time posts.) "...you're the one I want to go through time with...", should be part of any vows a couple make to each other.

#5
many thanks debasish majumder :-)

I wish Jim Croce had lived longer because his music was divine and it remains timeless. Yes, lets raise a glass to 30 more years on this planet and to the dancing ballerina in a bottle. I can see that when you found your music you found your melody in your elody.

#1
it is fascinating what could one learn from a bottle and it is more than just liquidity Ken Boddie :-)

Sometimes we all need to have our bottled genies close at hand to help us remember .....