Thank You For That 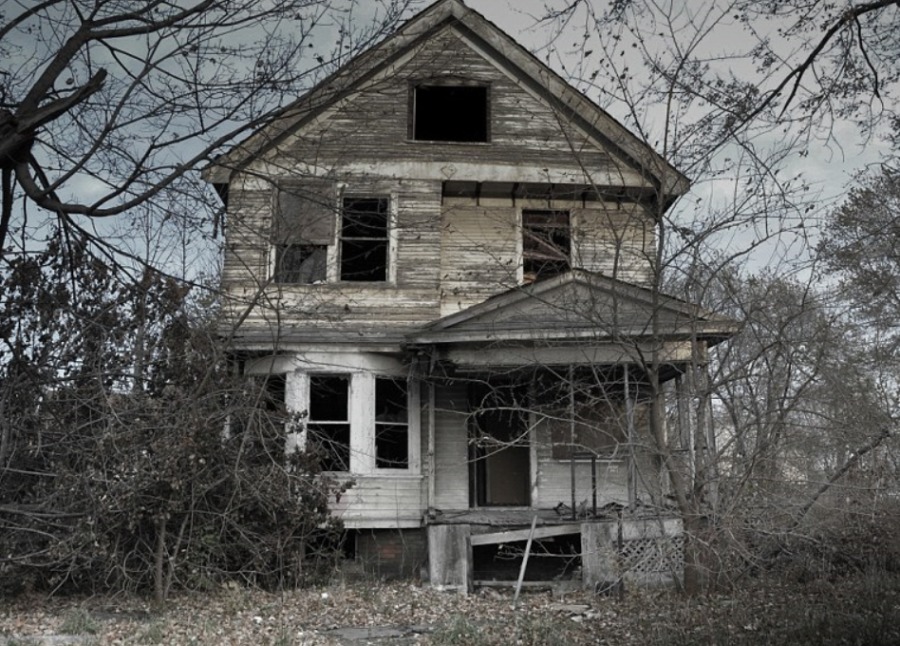 Here I am again on the doorstep of a life house full of dust and decorated with tasteless broken windows. It’s cold and warm, its dark and bright, it’s uncomfortable at times but it is my house with its rotten foundations and hidden alcoves and I thank you for that.

Its maybe imperceptible from the outside but I am broken over you, yet I am still standing. Trying hesitantly to make sense of this, I am asking myself reluctantly where should I start.

Who should I thank for that

Sept 2006, I am sitting on a marketing flight heading to Moscow, I flew from Dublin to Paris before boarding a plane half full in the direction of the Russian Confederation capital. I had been in Paris two weeks prior actually staying one week longer than originally planned, you don’t plan death, do you? I was meant to go back to Ireland that Sunday but you died of a heart attack in the middle of a Saturday night, I had had a good track record at saving your life until then but it was not meant to be that night and I had to let you go.

Music is an integral part of my life and travelling is always a great opportunity to revisit tunes and other personal anthems that have accompanied me thru the various milestones of my life. I know I have been particularly obsessed by two tracks the last ten years.

Staring at the clouds thru the Boeing window with my headset firmly sitting on my head I finally gave in when the first notes took over my mind, the same one that had appeared to be so composed and so solid up to that point.

There was no way I could or wanted to stop the sea of tears flooding the emotional wreck I had become even though I had refused to come to terms with it.

I finally reached Moscow, checked in a four-star hotel and as I often do, I went for a big stroll thru the city. I found myself walking for hours and ended up in the red square, the Kremlin was inquisitively looking at me when I noticed a crow sitting on a steel bollard. I got closer and was expecting the bird to take off but against all odds he was the one looking at me, his gaze was intense but soft and considering me.... his eyes were on me….

I am not mystical neither I believe in ghosts whether they are holy or not let alone their reincarnation, but that evening I swear my father tried to connect…

Our relation had become complicated, we had settled for a status quo I suppose and fair to say he had spent the last 20 years of his life trying to make amends, it was probably impossible and albeit very difficult to fix a ship wreck, what is broken is broken right? I should have parked my anger long before he passed away, I should have not given up on him, I should have told him that it did not matter, that I understood and that I forgave him. I know now that it is OK to stumble and fall.

To this day I cannot listen to the following tune without being transported immediately back to the Red Square and be confronted to too many what if questions.

But beyond those two obsessive tunes, I have come to understand that the most precious memory I have if any is this iconic photo of my ten months old son sitting joyfully on his proud and smiley grandfather eight days before he passed away.

THANK YOU FOR THAT

The Sayer House in Kentucky -

thank you Irene Hackett I am a bit overwhelmed by the online and off line messages on this particular post :-) All of us seem have more in common than we sometimes dare to think and if that's what this modest story has achieved it is beyond my expectations , to all the perfect imperfections then :-)

#60
Thanks Deb Helfrich...You are absolutely correct...It is all that occurs while leading up to that "final moment" that is so exhausting...Physically and emotionally...In the end, my hope is for all of us to be at peace with it...

#57
wow, hmm, ah.... not sure how to answer that one Cyndi wilkins maybe Thank you for that is appropriate :-)

#56
sometimes it is best not to stir .....it is what is may be the best option for all parties who knows Ken Boddie :-)

This is just what I needed this morning as I struggle with arranging care for my father as his health continues to decline...I go to the beach and lie face down in the sand and ask my mother for help...I know she is there...listening, loving...and comforting. You need not be a mystic to believe in the power of spirit...and believe me when I tell you, the crow is the messenger...Your dad was reaching out to comfort you through the energies of your own tears...He heard you...and he loves you...You made me cry this morning Pascal Derrien...THANK YOU FOR THAT....

Every now and then, Pascal, your tales pluck at my heartstrings. Your 'what ifs' stir memories of my own dad and words unspoken. "One day soon" so easily becomes "too late now". Yet some things are best unsaid ..... or what if i'd only ....?

#53
ahhh you a very generous sharing this Joanna Hofman thank you for that....

#53
Woww Joanna Hofman... I send you a huge warm hug from Madrid, and you still have him to spend at least a few days every now and then with him. All my love with you and with him. 💞

#50
Good analogy Aurorasa Sima, never forgotten- many lessons we learn from those who were so ill. My husbands parents divorced when he was 11 and his mom had a break down when he was 15, my husband lived with his sister and brother for a year, then moved in with an older sister who had drug addiction problems. He finally got his own place when he was 17. He told me before we married, marriage is for life and I have to say, he was and still is an such an awesome father who's been loving and a great influence on both of our children. He broke that pattern!

#48
I did Lisa Gallagher :-) forgiven but I have not forgotten :-) many thanks for sharing your side of the story much appreciated

Pascal Derrien, my husband's dad was an alcoholic and very abusive. As a matter of fact, so abusive he was only allowed to visit when another adult was present. My husband despised his father for years. I'd love to write a buzz about it but he might get upset with me. Anyhow, his dad died in 2009 and my husband just told me a few weeks ago that he made peace in his heart with is father and he understands now that his dad was a very ill man. He also said, he felt his dad made peace with himself before he passed and that makes my husband feel better. I think it's tougher when there is such a history- the emotions can be all over the place. It sounds like you made peace :))

#36
thanks Milos Djukic, indeed I am not overly inhibited when it comes to share emotions funny when you think I am not overly extrovert somebody told me I was hybrid whatever that means .... :-)

#39
many thanks Deb Helfrich life ain;t easy, it is just my story many many people got to deal with terrible ordeals, this love thing is a complicated thingie :-)

#40
thanks for sharing this Jena, alcohol had also been a denominator for a while and then he became a reformed alcoholic but the scars were so deep that I had always remained on the fence

Thanks for sharing this gem, and stay positive! (I know you are positive because you said plane half full and not half empty! :) ) I don't believe in life after death, but I do believe our relationships with those we lose continue on. Sometimes they never have the strength to say "I'm proud of you" or "I'm sorry", but they are saying it now.

Aha...Pascal Derrien you have recalled the best part of your memories. And, by sharing it on beBee you made it memorable!

Pascal Derrien, Thank you for being you. Great post! A great person deserves no less.

#34
thanks Donna-Luisa Eversley indeed time or the idea of time maybe either way it is a slow process to completion :-)

#31
thanks Steven Steven Brooks this indeed is proabably something I understood only very recently and the reason behind this post :-)

#9
life is complicated at best Don Don Kerr yet you have a great taste in music :-) thank you for that :-)

#6
ah thank you Aaron Aaron Skogen for your indefectible support ::-) appreciate the share much obliged :-)

#5
Thanks Harvey for sharing your story :-) Not easy to share and this is much appreciated

#12
hmm indeed Lisa Gallagher it has been a tortuous journey :-)

#16
Thanks Mark Anthony I am not sure stuff are always fully or anyway resolved I thought that it was about time to settle the accounts :-)

#17
thanks Franci Eugenia Hoffman I realized it had been a struggle when I was younger and it was about time to get the record straight :-)

#19
many thanks Kevin Pashuk finally running full circle after some bumpy rides :-)

Our parents help form us, and continually form us all through our lives. Even though there were challenges, you've honoured his memory and let us get to know you a bit better. Thank you.

An emotional and touching piece, Pascal. We never get over the loss of a loved one. Both of my parents are gone but their memories will linger forever.

Such a deep story of loss and pain. We never fully get over losing a loved one, the feelings just change with time. Sending you good thoughts today and always Pascal Derrien.

And, this one always nails me. https://www.youtube.com/watch?v=uGDA0Hecw1k

Pascal Derrien Whle my father and I did not like each other, I still had some level of respect for him. This Peter Gabriel tugs at me sometimes. https://www.youtube.com/watch?v=EQH6qu2pHT8

And thank you for this Pascal Derrien

Thank you Pascal Derrien for this amazing slice of your soul, so deeply rooted as shared.

Have a brother that I share your wishes. He parted this earth young and before I could get my schedule straight. I thought of the many opportunities he requested of us to do things and my schedule would not permit. Some how I wound up with all of his off shore fishing gear. The stuff he constantly invited me to share with him off of Hatteras, NC. When we do go off shore either charter or our own boat we carry his rods/reals along with lures he cherished. We fish and toast a great fisherman. When he passed it made me look at the short time we have on this planet and made a promise that i would never let that happen again. Family is important and needs my attention. Thanks for sharing your story, it brought back the memories of a fine fisherman.