Rock It To Fitness. 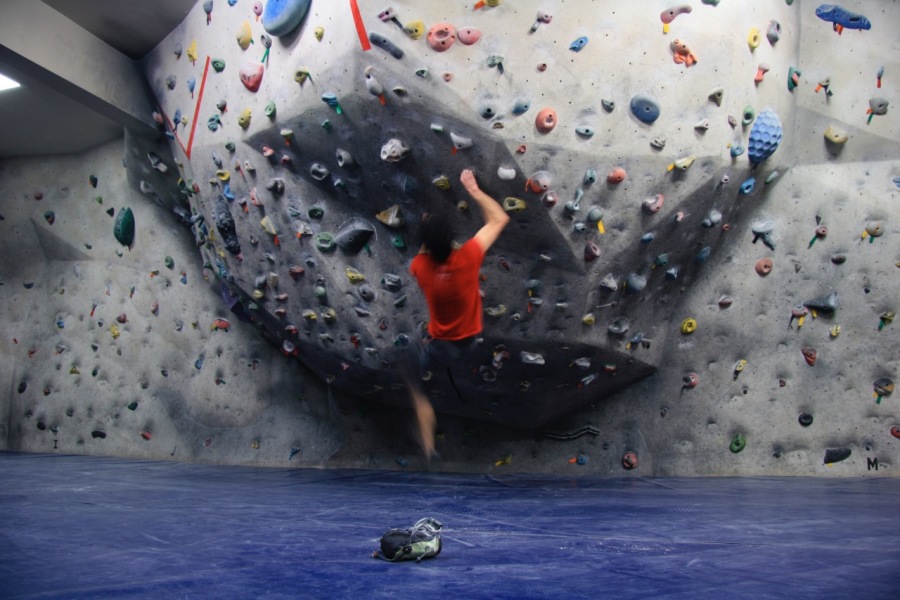 Lots of us want to be fit. We train, practice and sweat it out to perform better at our chosen sports and feel better and more confident in ourselves.

Sometimes though we all just get to a point where we seem to have stalled and the joy goes AWOL from our exercise routines.

This is hardly unexpected. It is usually the case that doing the same thing repeatedly can get a bit tedious. Repeating the same movements time and again leads to greater efficiency and a reduced exercise benefit. What we could all do with at some point then is a break from the routine. Not the same thing as a break from exercise. Just a way of ringing the changes and jazzing it up a bit to leave us feeling invigorated and enthused once more.

If any of the above sounds like you or you are looking to introduce some variety into your training then you might like to turn your attention to the rapidly growing sport of Rock Climbing.

Traditionally, climbing was associated with beardy guys heading up misty mountainsides but a growth in indoor climbing walls has opened up the sport to a whole new generation of people of all ages and sizes. This new guard hit the wall with very different motivations and perspectives to the traditionalists and, following the opening of several state of the art venues in Ireland and elsewhere over the last few years there has never been an easier or better time to give it a go. Indoor venues render the weather irrelevant and make for a great winter training option. Artificial hand and footholds are bolted onto walls at a variety of angles from gentle to madly overhanging. These are a mix of sizes and colours and climbers can adjust the difficulty of a climb by only using one colour of hold to increase the difficulty or any hold, any colour to make things a bit easier. As you become more experienced you can reduce the options on usable holds, try routes with smaller, less easily gripped holds or move onto steeper walls. The variation is limited purely by your own imagination.

Rock climbing is all about developing a few basic principles amongst them, balance, agility, control, strength and mental clarity.

Improving balance makes it easier to stay on a hold without huge amounts of muscular effort. Agility helps turn into position to make the next move. Control is about only doing that which is necessary for any given move. No point in lunging around like a demented simian and burning through all your energy half way up a route. Strength always helps but huge guns are not essential. Big, strong arms without core strength, balance and agility will get tired very quickly. Mental clarity just allows a climber to put fear or uncertainty aside and focus on the problem in front of her and only concentrate on that which matters right here, right now. In many ways climbing is the epitome of a sport which is all about living in the moment. 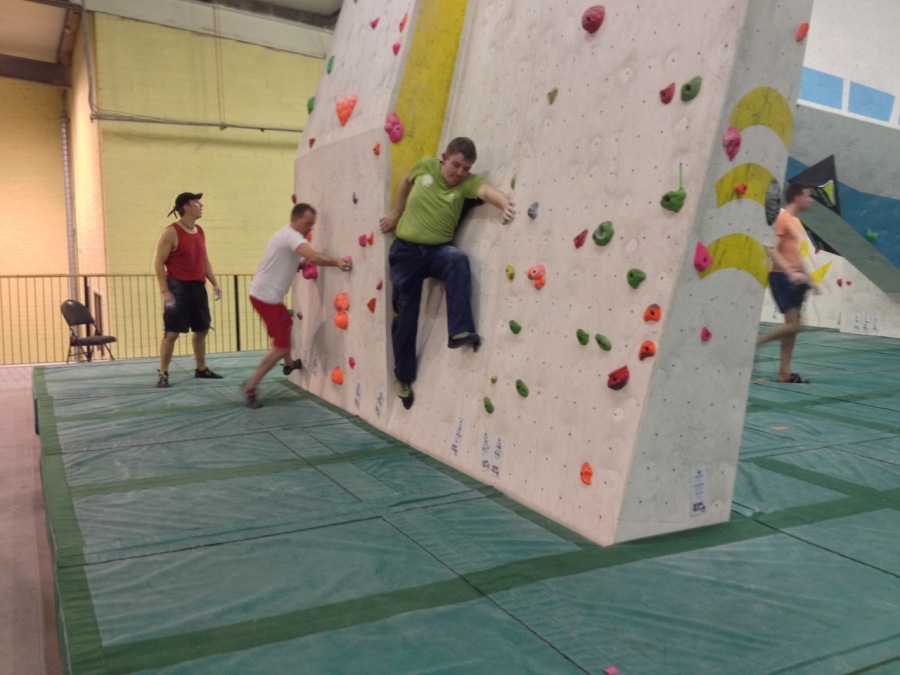 ABC. Agility, Balance and Control. Add in a few strength and conditioning gains and there are very few sports that wouldn’t benefit from improvements in these areas.

There are two popular styles of climbing training for novices or the more experienced and both have a lot to commend them.

This takes place on lower walls, generally only about two to three metres high above a very hefty crash mat floor. Multi-coloured hand and footholds are bolted onto the wall in order to provide graded levels of challenge and difficulty. These coloured challenges are called Problems and are usually short, lasting only a few moves. The climber picks a problem and tries to work her way to the top before dropping back down to the crashmat. With practice you can choose more technical, difficult problems. You can choose steeper or overhanging walls. The climber is always able to find a challenge which is difficult but do-able with practice and effort. For a serious arm strength workout pick problems which are steep, with small holds. If you are looking to build up a bit more muscular endurance then do a few reps of a problem which is technically easier. Of course it may not feel too easy on the twelfth repetition. 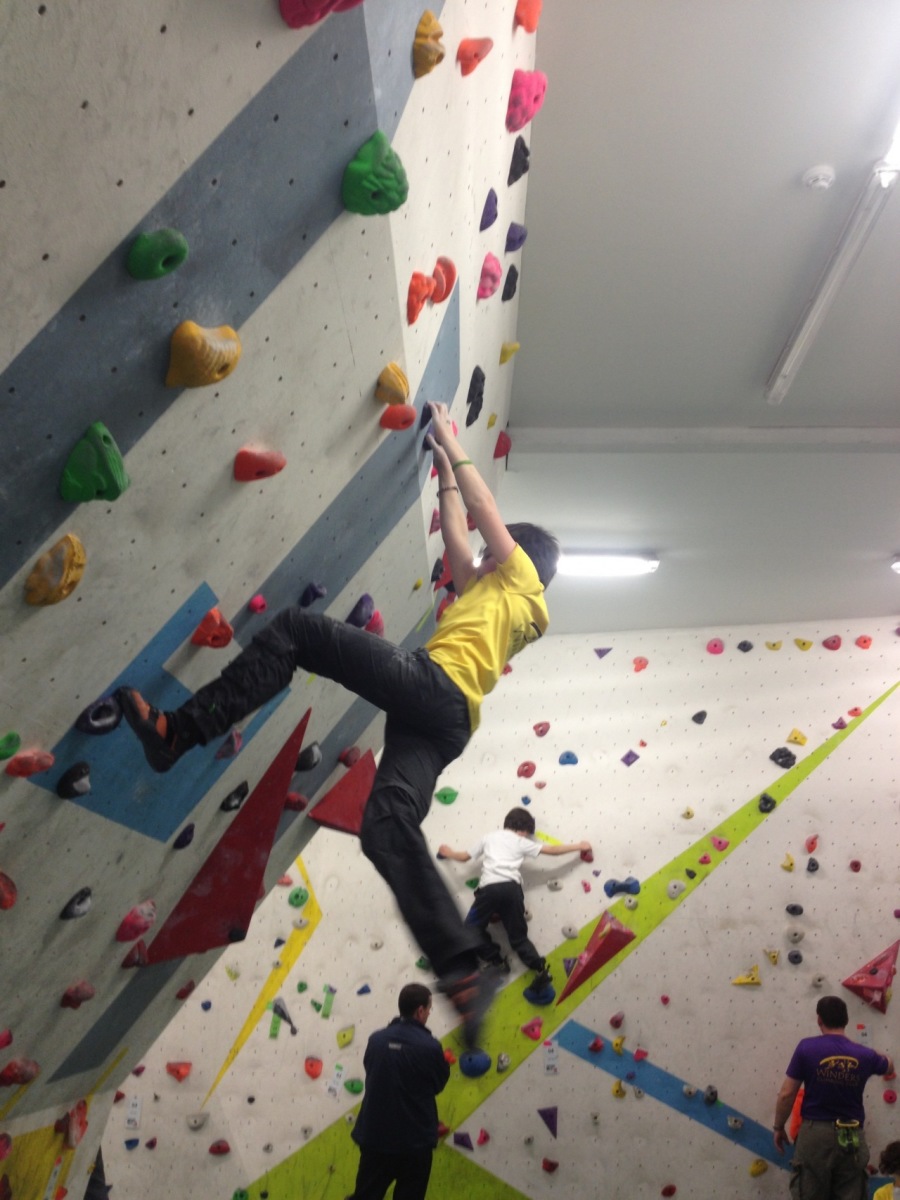 Bouldering is a great way to get started as well as a great way to build specific strengths. It is a good option for anyone uncomfortable with heights or who doesn’t have a partner to climb with.

Top roping adds a bit more altitude to the game. Walls are higher so climbing routes can be longer. In Ireland the highest is around eleven metres with the longest route being closer to fifteen metres.

The climber is tied into a rope through a waist harness. The rope goes up to the top of the wall round a pulley and back down to a “second” who is the climber in charge of the safety device which controls the braking of the rope.

As is the case in bouldering, routes can be made more or less difficult by choosing to use or not use certain colours of handhold. The climber ascends to the top of the route and, on completion is lowered back to ground level by the second. Usually the two then swap places so that everyone has a go. 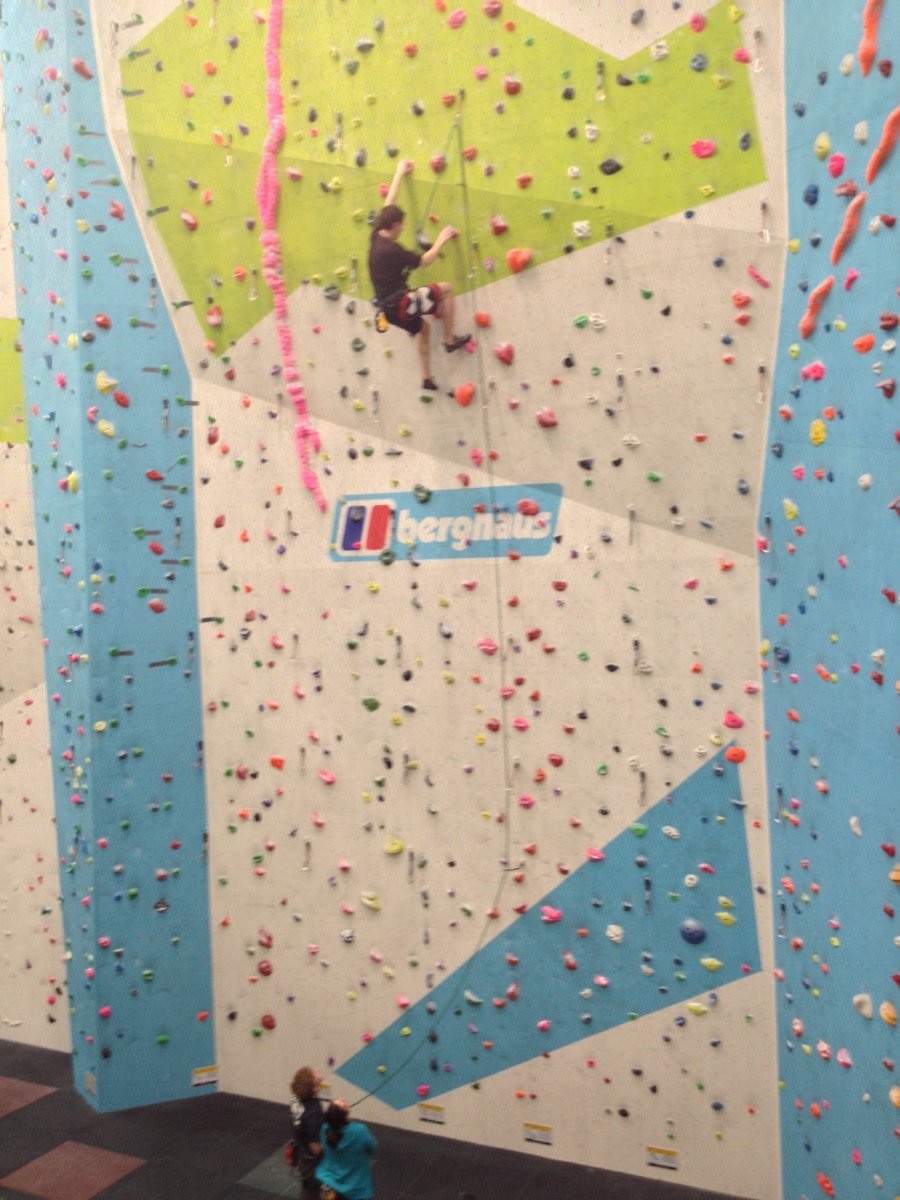 Roped climbing allows strength, balance and conditioning to develop over longer, more sustained periods of effort and adds a mental element to climbing as well as a physical one. A move which was utterly straightforward on the bouldering wall one short step off the ground becomes a little more fraught five metres up. It certainly develops the ability to communicate between the climber and the second as advice from below is often helpful.

This kind of climbing is best learned under guidance initially. All walls which offer roped climbing also offer introductory courses so that you can learn the basics safely before putting them into practice for yourself.

Initially you don’t need anything. Turn up in your normal sports gear and see how you get on. Shoes can be ordinary running shoes or trainers and for best results should be quite tight but so long as they are not falling off you will get by.

If you like it and want to introduce climbing into your routine as a regular then you should probably invest in a pair of rock shoes. These are close fitting shoes with a very soft, sticky rubber sole which gives maximum friction on smooth surfaces. Try renting a couple of pairs at the wall first to get an idea of how they feel before splashing out on your own. When you are purchasing avoid buying them incredibly tight whatever the sales person says. There are lots of people who would put you in shoes at least two sizes smaller than your normal size. This is completely unnecessary and akin to a car salesman trying to get you to buy a Formula 1 motor. Get them tight but not excruciatingly so and you will be fine. A chalk bag and some chalk could be helpful. The chalk just helps to keep your hands dry of perspiration and helps prevent sweaty fingers slipping on holds. Shoes start at around €70 and chalkbags from under a tenner.

Harnesses and any other gear can wait. What you need can be rented until such times as you have the experience to decide exactly what you want. There is no rush, and if bouldering is your focus you may never need any more than shoes and chalk.

The following are some of the climbing walls open to the public in Ireland. It is by no means an exhaustive list.

There are lots of other venues spread around the country. Check out the website indoorclimbing.com/Ireland.html for more details of where to find somewhere near you.

Yeah they certainly tower over my local hills here in Ireland.

#11
You do get these very light people with huge arms and incredible finger strength who can make the most amazing moves look simple. I've never liked them. :-)

#9
Some of the hardest moves going are only a few feet off the deck @Preston Vander Ven mind you the supposedly easy moves don't feel quite so comfortable when you are a couple of hundred feet up so it probably all balances out. Thanks for taking the time to comment.

#6
You're welcome Federico. It's good to be on board.

Welcome to beBee ! Thanks for sharing it

@Neil Smith, I think you will like this post I wrote recently. In it I speak of my experience with indoor rock climbing. Enjoy! https://www.bebee.com/producer/@renee-cormier/discovering-wisdom-success-fate-and-truth

#1
Thanks for the kind words Donald. I have always liked that all of us can enjoy the thrill and achievement at whatever level we climb just as much as the pro climbers at the top of the tree. I hope your son enjoys climbing for many years to come. Cheers, Neil.

Great post. My son has been rock climbing and bouldering for many years. His enjoyment comes from physical endurance as well as the mental challenges of climbing, like chess on a vertical wall. Thanks for sharing.