Out Of My Head 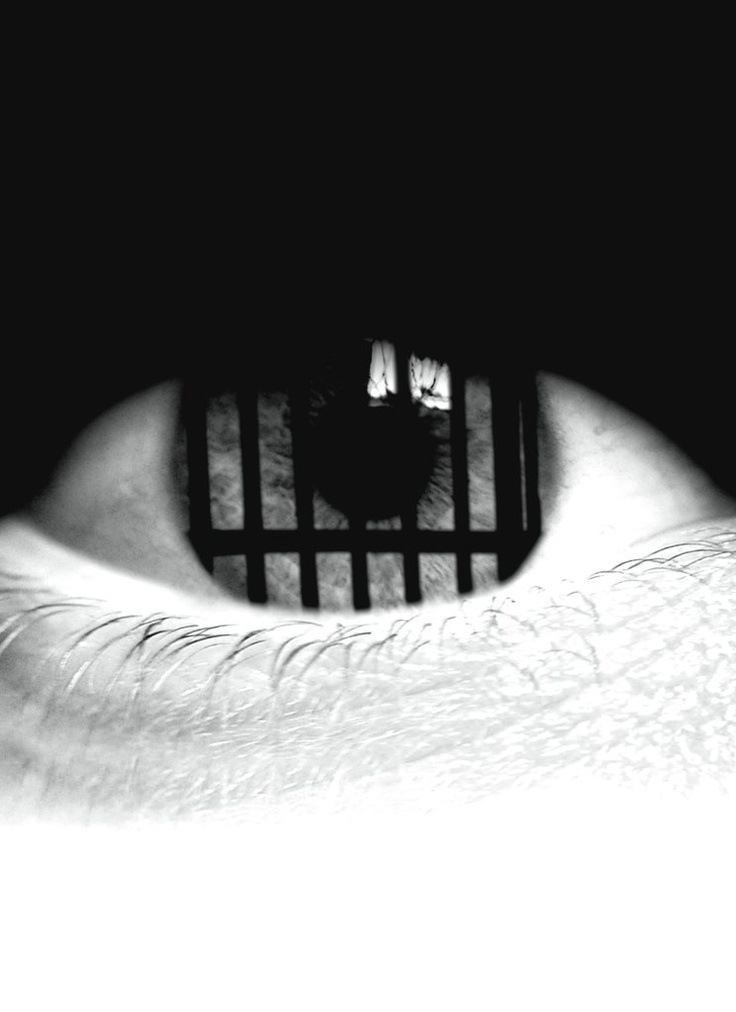 The familiar message from the cabin crew outlining the descent protocol had just been rolled out by one of the senior flight attendants. All seat belts were fasten and most tablets were back in neutral position.
Tracey Higgins was one of those Saturday travellers, she remembered clearly thinking that it took a different breed of people to travel at night in the middle of a busy week end. In fact, she noticed only a handful of like minded fellow passengers were roaming in her company, the plane was only half full. She had her own reasons not to maximize her week end in one location, and it was not for cheap fares, money was something she could easily compromise on.
----------------------------
That was 6 months ago, and it's hard to believe that Tracey D10 seat had become her permanent living quarters. Yes you are hearing and reading me well. Shortly after the cabin announcement the plane did slow down significantly, then it modified its course surprising a powerless captain and navigator to finally come to a halt some 20 meters above the highest sky scraper in town.
So against all odds and any sense of anticipation, the 47 passengers including 8 children had been living in a Boeing 777 only 5 minutes away from their final destination for more than 182 days. Fair to say that nobody really understood  what had actually happened, it was so bizarre and unorthodox. Speculation, fantasies, conspiracy theories and other aliens intervention failed to shed any light on the mystery of flight AI 477.
Adding to obscurity, the fact that only a one way exchange with the unwilling hostages could take place was something that baffled understanding and could not be explained or rationalized by any of the most prominent scientists. Presented as an unknown challenge to the scientific community matter and atoms had triggered an unbalanced and improbable equation whereby foods and goods could be provided and loaded into the aircraft but nothing could actually get out!! This had never been experienced or witnessed before!
As curious and unconventional as it may seem, life on board organized itself, a freakish combination of personalities formed an unusual and weird modern human version of Noah's Arch. Kids went to an improvised school at the back of the plane most mornings, adults set up chess or book clubs societies while a dedicated task force composed of the sharpest minds on earth tried to get to the bottom of this unsolved question of matter.
--------------------
Over the following months, once the epicentre of the world, the interest for flight AI 477 and its passengers faded away. TV crews and other press agencies were long gone and the fate of the 47 people stuck in the commercial airliner was barely mentioned. The only reference to the doomed plane was when it was offered as a starting point to a number of events and consequences that had been occurring since.
Air travel had literally imploded. Once thriving hubs, airports were deserted. Tourism industry had plummeted by 94%, business exports had been reduced by 57%, massive redundancies had taken place across all the segments of the economy in various countries around the world. Bar a few private planes with official clearance and a handful of defences forces jets the sky was no longer a kerosene harbour.
At that stage nobody really remembered that extremists groups such as Friends of the Earth or the Knights Of Lost Souls had claimed being the driving forces behind flight AI 477 circumstances. Briefly considered, those statements got quickly dismissed , not only for lack of technological ability but eventually it became clear that nobody could really explain why flight AI 477, its passengers and crew were stuck in a giant sardine tin.
As the months went on the garrison and maintenance crew despatched to the sole purpose of protecting the frozen flight shrank. Only 40 national guards on a tight roster supplemented by a few aircraft engineers got dedicated to routine maintenance and static sentinel duties.
An influential philosopher argued that the future of the human race was up in the air, he added that the reluctant inmates were actually not the ones who were prisoners. He was adamant the airplane was most likely a key piece in understanding the imminent changes that were upcoming towards humanity.
And then what ?
------
I don't know ....I woke up

#21
ah Paul Walters since you are asking let me share with you my most guarded secret....are you ready? Find a comfie sofa, lie down in your favourite sleeping position, close your eyes et voila :-)

Pascal Derrien Now here is a wonderful short story brilliantly told!! And, you wrote it while asleep you lucky bugger...prey tell, what is the formula?

#19
My Scottish upbringing taints my choice of travel status, Pascal, as does the frugal confinement of my expense account. But, there again, my wallet houses a complete family of moths, who seem reticent to leave its shelter on the very odd occasion when I open it. Your sincerely Scrooge McBoddie

This may have been your dream, Pascal, but it's my worst nightmare. Here I am in my usual aisle seat, with my weight-challenged neighbour (to my right) spilling onto my flank, the kid behind constantly kicking the back of my seat (just about kidney level), with parents who obviously couldn't give a strangled Mars bar about his behaviour, the guy in front who insists on reclining his seat into my face, and bruises on my left elbow from, first the food trolly, then the drinks trolley, then the "let's pick up your rubbish" trolley, since my well rounded neighbour has forced me to lean into the aisle in order to avoid contact with his sweat saturated shirt. At least I have only an hour and a half to go before I can thankfully exit from this sardine can of communal confinement onto the air bridge of Gate 22 at Brisbane Domestic Terminal. The prospect of 6 months cocooned inside a "come fly me" steel cigar, with little prospect of escape, constant airline food, no showers, and, heaven forbid, no wifi, would drive me to strap on a parachute and head for the nearest exit, either with or without "arm doors" and with or without "cross check". For god's sake wake me up too! 😰

with only one eye open I picked the wrong name in relation to comment #16 so this one was for you and sorry Charles (long time no see by the way :-) )

#12
thanks Charles David Upchurch it makes sense Sir now & this does prompt me to think that I actually make more sense when I sleep..... back to bed now :-)

#13
thanks Lisa \ud83d\udc1d Gallagher dressed up as a budhist monk can somebody make my dream come true ? :-)

#11
thanks Joanne Gardocki yeah why did I have to wake up when it got interesting :-)

What a dream Pascal Derrien! I remember watching a movie a few years ago about people who were being held on an airplane with the belief that the world had been exterminated and if they left the plane, they would die. There was much more to it than I can recall and much more graphic but this reminded me just a bit of that creepy movie. I like 's dream assessment. He could be right about feeling trapped. David, I honestly believe we are not the only species occupying this Universe or even universes we have yet to explore, since do know there is more than one. They could be light years ahead of us (as in 1000's of years). Sometimes I'd like to believe that's where we go when we pass only to begin a new life with those we lost- a life that is without sadness (progression) and so advanced, we can't even begin to imagine. ;-)

Thank you for sharing such a creative blogging buzz, Pascal. I think your dream is telling in the sense that we are all "trapped" -- so to speak -- by modern technology in the fast evolving 21st century mobile, digital and virtual Information Age. All this new high-tech has taken over our collective lives and basically dictates much of our action, which appears to be the trend in the foreseeable future. Thus, it stands to reason that those who are trapped from these outside forces of technology are the ones who are truly free. Does this make any sense? If so, who's ready to join me in Tibet and become a Buddhist monk? Lastly, being a space enthusiast, I also like the alien theory!

#9
I've had some crazy dreams with some being very realistic, and yet others are "out there". I've also had recurring dreams, which I've read can be due to unresolved problems yet they don't make a lick of sense. Oh, and the ones in technicolor but the colors don't make sense!

#8
ah thanks Franci\ud83d\udc1dEugenia Hoffman, beBee Brand Ambassador some say it could be a nightmare but it is funny how I remembered very clearly various stages of that dream :-)

Up, up and away today and who knows about tomorrow. Thought-provoking dream, Pascal Derrien.

Any more dreama like this one Pascal Derrien? May be next time you take us to the deep ocean

Any more dreama like this one Pascal Derrien? May be next time you tske us to the deep ocean

#3
thanks Debasish Majumder a bit messy and untidy at times but its mine :-)

Excellent post Pascal Derrien! Is AI watching over us too much 😉?