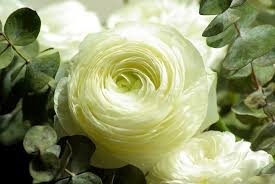 This was written for the website of an Irish funeral director. It was a bit out of my “Writing about sport” comfort zone and took a long time to get started. Once I had a start the rest just fell out onto the screen. The piece was specific to Ireland but obviously the situation is as universal as it is possible to get.

My own Father died of cancer in 2010 and much of what I wrote here was influenced by the experiences of our family as we coped with his passing and all the banal bureaucracy that people have to go through following a death in the family. During his illness my Dad was very definite that he didn’t want to make any arrangements for the future, feeling that to do so would be tantamount to giving up on life, something which no-one who knew him would ever have accused him of. The downside of this however was a greater workload and strain on my mother and sisters. They handled it brilliantly but I think we all walked away thinking that we would quietly put a few arrangements in place for our own futures. “Just in case” you understand.

I am glad that this commission didn’t come up sooner as without the five year gap it would have just been impossible to get my head around this subject and talk to people without turning unto an emotional wreck. Thanks to everyone who helped me along the way.

Many people in my native Scotland and elsewhere would be familiar with the title of this piece. It is a phrase which is often proffered as a parting shot by someone less than pleased by your life choices. It is usually meant as a negative and the implication is that you have made your bed and must now lie in it.

When it comes to actual funerals however the title is no more than a truth that none of us will be escaping. It is a gentle reminder that if we want it to truly be our funeral; to reflect our lives and loves as well as possible then we should take some steps beforehand to ensure that the ceremony celebrates and honours our own memory as well as it possibly can.

How often have we left a church or graveside with a bit of an empty feeling inside? Wondering perhaps if we wandered into the wrong funeral by mistake as the ceremony could have been about anyone at all so devoid of personality did it seem.

There could be many reasons for a funeral service to seem a little “Insert name here” but often times the celebrants have to make up a service from a potted biography. They have to glean a few facts and stories from a short conversation with deeply upset family members during a terrible, deeply traumatic few days.

With this in mind you might find these few words of information useful.

Nobody wants to think much about dying and certainly none of us want to give much thought to our own passing. In modern life we have become removed from the concept that our busy, exciting, technologically enhanced lives may one day come to an end. Yet come to an end we inevitably will.

Thinking ahead and putting some plans in place allows you a degree of peace of mind that the ceremony is as you would wish it to be and that the burden of arranging a funeral doesn’t fall on your nearest and dearest during one of the worst times of their lives. Planning ahead allows you to design a service so enjoyable and personal that you would want to turn up to it even if you weren’t the guest of honour. Bear in mind that this is the only major ceremony in your life where you will not be required to share the limelight with someone else. Your Mother gets all the glory at your birth and you compete with your spouse for camera space at your wedding. Your funeral is all yours. Make it count and go out, if not in a blaze of glory then at least in a way that celebrates your life and all you stand for.

What Kind of Ceremony?

The most common style of funeral service in Ireland involves the local parish church and a Priest officiating. This has been the way of it for a long time and for many people of faith this last ceremony bringing to a close a life, well lived in the ways of their God represents the final act of a positive spiritual existence.

A growing number of Ireland’s residents and citizens have brought their faith with them and funeral ceremonies are now somewhat more varied and cosmopolitan than has historically been the case. As well as this a small but growing number of people who do not belong to any religion or have no bond to any particular church are choosing secular or Humanist funerals to mark the passing of a life.

Which kind of funeral service would suit you best is entirely your decision. It will be affected by your cultural background, your beliefs or lack thereof and many other factors besides. There will be discussions to be had with relevant family members and you may want to talk through some of the options with a funeral professional, either in person or online but there are very few restrictions on the kinds of ceremony that you can have.

Churches and some other venues may object to some musical preferences. Although all try to be as accommodating as possible. If however you want to go out to AC/DC’s Highway to Hell then it is probably best not to book the local cathedral.

Whether you want the solemnity of Mozart’s Requiem or the flippancy of the Bay City Rollers as in the movie “Love Actually” the music is your choice but do give it some thought.

Music reaches past the brain and drives an emotional response. Some of the congregation may have a connection with you through music, be it playing in a band together, watching a show or singing on the way home from a football match. Your farewell music should probably be something to which you, your family and friends have responded emotionally and which have held meaning in your life.

Suddenly the music becomes perhaps a bit more important than it at first seemed. It is certainly worth a little careful consideration.

There are endless lists of the top ten funeral songs which are regularly published in magazines and on the web and but try not to go with tunes just because they are popular. It is always worth asking yourself if this is a playlist you would be happy to listen to whilst reflecting on your life. 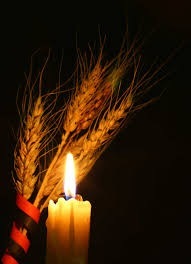 The number one Irish tradition is burial in a churchyard or municipal graveyard. Plot availability and costs can easily be ascertained through the offices of the local council, parish or funeral director.

Cremation has been offered in Ireland for some time now and is becoming more popular. A much newer arrival on the burial scene is the concept of natural burial grounds. Graves here are marked simply, usually without large headstones and the land is cultivated as meadow and woodland. The options are limited at the moment with only one such burial ground operating in Ireland at the time of writing but more shall surely follow and for those seeking a greener farewell this option is certainly attractive.

Some may wish to do away with this process entirely and donate their bodies to science for research and education. Once again information and assistance in dealing with the relevant institutions can be had from funeral directors or online.

The important thing to bear in mind here is that you get the funeral you want. The funeral that allows your loved ones to think on the beauty of your being and the joy of your life rather than the sadness of your passing.

It may seem strange to be thinking about this when hale and hearty and leading your life but the sad reality is that when this is not the case it is usually too late to do much planning at all. We tend to plan all the major events in our lives well in advance. Significant birthdays, house purchases even holidays get more forethought than most of us give our funerals. It is never too early to have a simple chat with family, friends or a professional advisor to at least start the process of considering the future.

Think of it as avoiding the rush.

Indeed we (the imperial we) should be talking about this earlier in life I think :-) For some it is a bit complicated I think, migrants, expats people in exile etc,,, not always easy to make a final decision on where.....