Is Motivation The Same Than Inspiration? 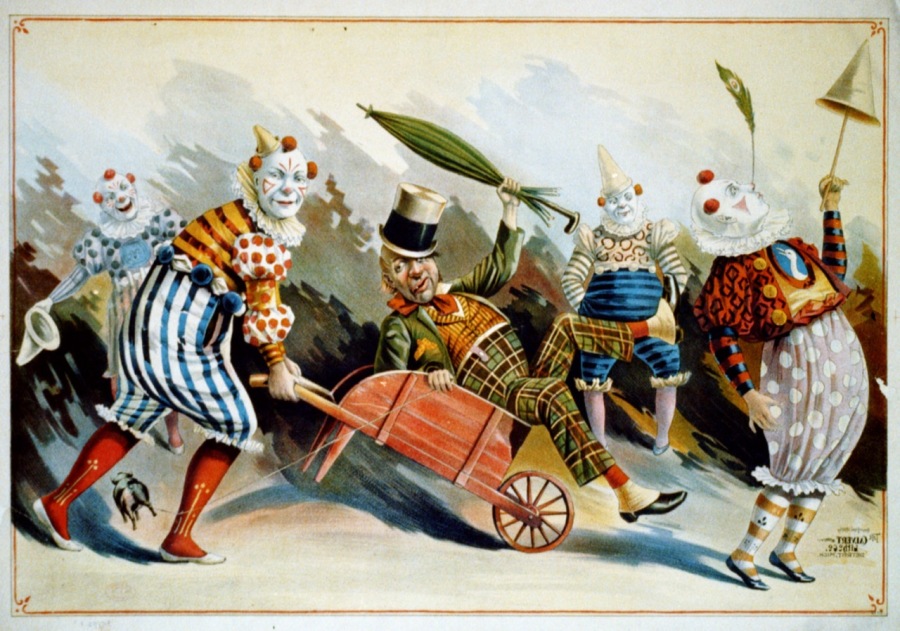 That's a deep question isn't it but deep down who really gives a fuck about it ?  Actually I could not care less either so why am I asking the question then.

I don't know really, I tell you what ! A few weeks ago somebody told me they thought I would do well on the speaker circuit as a motivational speaker. My first reaction was: Ah really (half flattered/half embarrassed) ??? Followed very quickly (while not as loudly) by: No fucking way mate !!!

There is enough pollution as it is and I am not talking about climate change here. There are a lot of people making noise nowadays , they talk crap, they write shit and they think they are the best thing since sliced bread. There is no way I am going to add my piece of cacophony to the glorified pyramids of self content.

That said I can and do public speaking every now and then. Maybe two to three times a year max in small venues or big ones but this does not make me a moral authority in anything. Its not because you can speak that you are smart (see Trump well actually he cant speak either). The serial speakers are busy, they are all very busy, they have their premium programs and they have their expensive retreats. The established ones don't want the wanna be elite speakers to join them while the latter have a tendency to snub the common mortals with their I am a big fish in a small bowl syndrome.

Those guys are big in Japan, they had standing ovation in many unverified locations (albeit mainly in their heads). They know everything about anything and they even produced books for some of them. So if its written in a book its a proven fact they have arrived right ? And you know that because all of them are best selling authors these days. How on earth could we live without their advice.  Be rich in 3 seconds, lose 70 stones and one bone in 6 weeks, how to pee thru your nose or is it true that your big toe used to be a totem in an Indian reservation.

Personally they make me laugh but frankly they are pathetic at times especially those who try too hard. I guess you see what I mean unless you too have a key ring with a mini portrait of Tony Robbins !!! They have their celebrations, their circles, their groupies, their selfies. They belong to numerous speakers bureaux but when you have seen them once you have seen them 100 times. Many of them are one trick ponies, that's said the best of them are capable of re-hashing the same crap in a different way while the weakest or less talented ones barely manage to get their heads above mediocrity level.

If I am generous, I  may have seen probably five speeches max in my life that have catapulted my brain to the wall and made me think. I am not going to give you their names because you probably don't know them and I am not even sure they still talk. Its not that the new gurus of business, tech and other life commodities are not genuine, its just that frankly they have nothing to add bar selling their empty shell narrative.

Sometimes but rarely a few of them come to the realisation after a few years that maybe its time to call it a day. The others, the ones with a smaller equipped intellectual capacity use their horsepower to survive at all costs. They become a caricature, they refuse to back down sometimes they end up being a local TV celebrity, they open creches and wait for it at the height of their career they get their name on a plaque for planting a tree in the local community centre.

When venues get smaller their social media get angrier. When audiences become meagre for lost fame they get hungrier.

I know I know I may sound pretty hard but I am calling on your magnanimity. You got to forgive those guys, its not easy to deal with disillusion of grandeur when you suddenly realize you are not any better than the next loser.

#33
More like a compulsive need to be the smartest guy in the room.

#32
Thanks Jim Murray some are really good at skillfully saying nothing, maybe a frustrated and aborted acting career for some ? :-)

Interesting piece. I remember reading posts by the big time 'Influencers" over on LinkedIn when it was worth posting there and seeing a few piece by Tony Robbins, who is the big daddy of the bullsit spinners. Another guy I saw a lot of was Gary Vaynerchuk, who is you listen to him carefully, actually says nothing, but does it in such a way that you think he's saying something. Now that's a gift. But I have to admit that there's a lot of skill involved, even if your just spewing crap. Best motivational speech I ever saw was in the opening scene of The News Room with Jeff Daniels doing Aaron Sorkin's works and making them sing. Al Pacine also wasn't too bad in Any Given Sunday, reading Oliver Stone's words. Not the kind of speaking you were talking about, but pretty freaking motivational all the same.

#27
hey Timothy I agree it doesn't need to belong or be a product of the ''shiny show'' , it also depends on personal values its a very personal choice I guess.

#28
Paul Walters ah yeah I suppose a few exceptions to the rule, he is a great oracle :-)

#24
you are always cordially welcome my dear sir Pascal Derrien

#23
many many thanks 🙏 Sir Debasish Majumder

your buzzes are always candid and lucid Pascal Derrien! enjoyed read and shared. thank you very much for the buzz.

I agree ☝️ with Kens's comments below . Could not of said it as profoundly as he has. 👍👍 I practice PMA all my life. What's that ? Well it means being kind, helping others, and promoting a Positive Mental Attitude . Has worked for me so far as I live and practice it here in Savannah Georgia , my sermons are free & as my consulting advice for Entrepreneurs and students . Available 24 x 7 at beBee here, love all you folks feel free to share😎🌎🌎🌎🌎🌎🌎🌎🌎🌎🐝🐝🐝🐝🐝🐝🐝🐝🐝🐝🐝🐝🐝

Excellent dummy spit, old mate! Call it, old age, or cynicism, or put it down to pure boredom, but none of these circuit speakers actually motivate me to do anything other than move my bowels. Every time I’ve moved out of my comfort zone in more recent years has been because of an internal inspiration, albeit perhaps subliminally stirred up by some long gone external influence in part, but not by the ramblings of some self inflated loud listicle lampooning buffoon. As has been said by smarter guys than me, “If you’re looking for that one person who’ll change your life, look in the mirror”. 🤗

#16
Thanks for reading and commenting Jack :-)

#13
Indeed Preston \ud83d\udc1d Vander Ven its a very personal thing while sharing can help I think every story is different, in a way I respect stories I really do but when adversity is becoming a money maker it does defy the purpose..... :-)

#12
SOS that's a very good one Franci\ud83d\udc1dEugenia Hoffman, beBee Brand Ambassador I like that one :-) That's the problem with quantity there is not always quality :-)

Too many insincere so called motivational speakers ruin it for good ones. I'm sure some are justified in spewing their knowledge but others are a waste of time. Plus, depends on their subject because to make a difference one has to capture their audience. SOS - same old song/same old stuff, etc. doesnT cut it.

#4
Pascal I holiday every year in the Swiss Alps, I'm obviously in need of another visit. I will ponder the inspiration/motivation conundrum when next there. Thanks for the suggestion an inspired one which has motivated me to book the trip.

#9
#9 Since you ask its Granola with no added dry fruits or sugar (1%) adding a few fresh berries and a wholemeal bagel I think it must the coffee because when I woke up I had no idea I was about to write this : -) Praveen Raj Gullepalli

#6
Ian Weinberg Once straight forward always straightforward, I am going to make myself more friends with that one me thinks :-)

#5
bringing a smile is all I could ask for Ali :-) There are a few pure geniuses in the world and I respect that what I am really struggling with is this new trend in business (and other avenues too) of newly self appointed KNOW IT ALL who are so self obsessed, it s a bizarre new scene and the fact is that they are mushrooming on national, local and international level. Knowledge Parvenu I call them :-)

Nothing more wholesome than plain and simple truths - and you just said it as it is .

You made me smile reading this text.. Many people tend to link fame with knowledge authority. Our world sees a football player earning in one monthg what I earn throughout my life. A singer singer and make people dance to dance on the music of his earnings. SO, are some premium writers they have the fame of a great footballer. The balloon of fame inflates their name and their earning. Nice stuff Pascal Derrien. maybe I am inspired with motivation!!!

I'm trying to decide whether I'm inspired to be motivated or motivated to be inspired to comment on this post. Then again am I really bothered which.

#1
I agree Zacharias \ud83d\udc1d Voulgaris I think many of those so called gurus lose touch when they start to believe in their own hype.... and unfortunately there a are a quite a few of them per square meter :-)

Although being motivated is a useful quality to have, unless someone of these "gurus" can help you motivate yourself (or facilitate the finding of inspiration in something), they are just selling you something, probably hope or some BS like that. Perhaps they've found some recipe that works for them and some similarly minded people, but there is no way of knowing that it can work for you also. That's why it's best to keep a distance from these "perfect" people, as the song suggests. Not being like them is probably the best motivation you'll ever need...