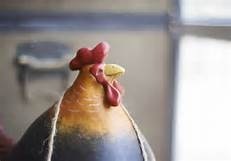 At a first glance the above look like a fat chicken well maybe it is maybe it’s not, personally I would like to think it’s a radish with some chocolate fondant on top or maybe it’s a wooden carved piece that has gone haywire I don’t know. Maybe you know, there seem to be so many people who seem to know everything there is to know about everything nowadays.

You know what? I am going to put you out of your misery I think it is a radish who is doing some cross dressing in his spare time as a chicken; fact. It does not make the vegetable a transgender (or is it a GMO) because cross dressing is not mandatorily associated with transgender; fact.

While I am at it, let’s get something out of the way too , gender orientation has nothing to do with sexual orientation, also transgender individuals are not weird nor have a twisted mind, they are not deviant, abnormal, aberrant, anomalous, odd, weird, eccentric the list could be very long indeed….. but they are victims of assault, bias and discrimination, fact.

You may not know too much about this and honestly it was also my case too but accepting to be a transgender is far from being a question of a choice as so many patronizing and well intentioned members of the public would commonly like to think. This would be denying the anguish, pain, suffering, misery or even torment that victims of the transgender dysphoria have to deal with on a daily basis and some from a very young age.

From what I understand Gender Dysphoria” is the term medical experts use to describe the distress a person may feel when their gender identity does not match the gender they were assigned at birth’’.

I am no expert but I have read that various treatments if that’s the right term or should I say options are available to manage ‘’this discontent including mental health services, hormonal treatments, and— in some cases— surgery’’

In the US alone around one million individuals would consider themselves as transgender whether they have followed a gender reassignment surgery or not. 41 % of a survey conducted among the transgender community admitted they ‘’had attempted, at some point, to take their own lives.’’

It’s a complex if not complicated topic and I am not sure I fully grasp the various layers and kaleidoscopic aspect of the transgender discussion but in the last 5 years I have meet, worked or engaged with two transgender individuals one has fully transitioned from man to woman while the other has not and does not feel the need to.

What both of them have in common is a larger than life appetite for living their existence to the full, a sensitivity and receptivity of the highest worth, they are indeed distinctive individuals with a specific intricacy but more than that they are people who look forward to seeing next day’s sunrise and hope it will bring the best out of people.

''Normal people are just 'freaks' in civvies '' that is a good description in my book, fair comment I did not know about Somatoparaphrenia tahnks for dropping by Lisa Vanderburg

Most thought-provoking piece that brings to mind other unusual states-of-being. Somatoparaphrenia being an extreme one where a person doesn't recognise a limb or side of their body as theirs; to the point that they may have the limb removed. But the point is: it's NOT a choice (or blessing necessarily) to be different and 'normals' should recognise that in compassion instead of vilifying the individual. No matter what, the people we consider different will have a time (or many) in their lives where that would do anything just to not be ostracised, to be like everyone else. Normal people are just 'freaks' in civvies :) Just because we can't see their peculiarities does not mean they don't have them! Hell....I do!! Great buzz @Pascal Derrien!

#19
indeed Ken Boddie it is complicated even from an everyday practical standpoint anything from customs, facilities, sport participation or even dress code :-) there is a hurdle at every corner adding to the existing anxiety I think

I can only imagine the anguish, Pascal. We take so much for granted until confronted with those we label as 'different'.

Nice segue from the fat chicken Pascal. A great reminder that even the best of us are quick to categorize things we either 1. Don't understand, or 2. Don't want to understand, or 3. Too lazy to find out the facts. There are so many mixed messages around sexuality, gender, and sexual orientation these days, it can be a fearful road for someone who has questions or internal conflicts. I certainly do not claim any expertise in that area aside from having family and friends who have struggled. Rather than get on my stump and give a speech, I find that being a good friend to the person they are seems to work well. Thanks for sharing.

#16
thanks Irene Hackett indeed without falling into an everyday cliché the transgender people I have come across were bright , beautiful and very articulate and altogether vulnerably strong :-)

#13
Thanks Donna-Luisa Eversley; this is a small drop in an ocean of incomprehension and if it does prompt somebody to know more that's a good thing :-)

#12
thanks Dean Owen yeah the lady boys folklore is maybe just that folklore.... while others probably are stuck in more ambiguous and less forthcoming environment.... :-(

I think of Thailand when I read this article. Thailand, on the surface, appears to have an deep acceptance for transgenders, but I fear in truth, they are limited in career scope and often, by choice or not, end up doing cabaret. Pretty cool picture!

#9
some of my friends would tell that you they have no confusion about the gender and they know very well who they are it has more to do with the body not reflecting that clarity :-)

#5
Praveen Raj Gullepalli I would agree that we need to get past the folklore of the lady boys and other local clichés to get rid of the sarcasm and other attitudes globally :-)

#4
thanks Ali, it is a tricky subject if not difficult to talk about I had to be exposed to it to fully engage and make the effort to understand :-) it is going to be a long journey....

#3
thanks Aurorasa Sima one person actually lives in Germany while the other resides in Ireland very different experience whether it is in a family, social or work environment so I can only imagine how hard it can be elsewhere :-(

ATtention-grabbing title and material as well. I echo the comment of Aurorasa Sima for sharing this unusual topic as very few has dared to step in its land.

#1
thanks Mark Anthony for reading, I am in the same boat I don't know much so we have that in common and obviously a passion for radish freedom :-)