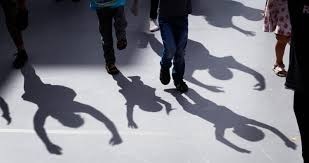 2024 Somewhere in the suburban area of West Dublin, at an early city council meeting you could hear a local politician quoting a UK official statement made in 2016:’’We need to talk about the impacts of immigration in a level-headed way, as well as to provide more help for new migrants to integrate and more help for local people to adapt to changes and new pressures in their communities.”.

Ezequiel O’Reilly was born in the Coombe Hospital in Dublin in December 2007. His dad is a proud Irish man from Wexford who moved to Dublin for work in the early 2000’s, a few months following his arrival in the big smoke he meet Celia a witty and stunning woman from Sierra Leone on a student visa at the time. Within a few months, they became an item, within a few short years they got married and a few weeks later Ezequiel was born.

A beautiful ‘’mixed race’’ baby who became a very handsome teenager fuelled by an evident stage presence altogether consumed by a superior ability to dance, act and sing. Anybody who had come across Ezra (his nickname) knew he was promised to a bright artistic future. Ezra had developed a secret crush on Oleg, they saw each other 3 times a week at Stage Side for practice. He was of Polish extract and Ezra remembered well going to primary school with his brother Jakub when they were still little boys.

In the late 90’s early 2000’s influx of economic migrants to the emerald isle were given a 1000 welcomes bridging the ever-widening work force gaps that the Celtic Tiger was tirelessly stretching. Thousands and thousands of people from various background, nationalities and horizons were lured in investing in mushrooming housing estates that were laying foundations around Dublin. The recession came and went away but the migrants stayed and settled, families grew, kids went to school and the first children became young adults. With no vision, political will and no understanding beyond nepotism, local councils failed lamentably to prevent antisocial patterns and endemic petty crimes.

The writing had been on the wall, the alarm bell had been triggered by integration activists but labelled as scavenging lefties they were ignored. The once sought after suburban estates around Dublin became no man’s land infested by ethnic gangs. Most social workers had fled a long time ago, the police had become lazy and under-resourced, officers were no longer on the beat and rarely stepped out of their comfortable patrol cars. There were no social structures to be seen and Stage Side even though it had never been its intent became a bastion of social resistance.

On a cold November Friday evening, Ezra was heading to practise and decided to take a short cut thru Hayden’s Park, pass by the old Leisure Centre and cross thru the skate ground. Over the years, the skate ground had become a social hub for various youths from the area which would hang out in there with a tacit agreement that Pakistanis, Africans, Eastern Europeans bands would stick to their own business if they were left to their own device.

It was only six o clock in the evening but it was winter so it was already dark and foggy when Ezra got near the skate ground. A familiar voice shouted ‘’ hey nigger will come you around here, will you!!’’, that was Jakub who quickly added‘’ so, you are going to your faggot club miss’’, he and a handful of his friends laughed loudly when I answered that I was going to practise.

His brother Oleg was there too and before I even thought about asking him if he was coming to the practise Jakub screamed at me that he had rescued his brother from the girlie business.

Jakub: What do you have in your faggot bag, a pink tutu?

Jakub: See that lad’s little missy here is dancing, will you show me and the boys?

Ezra:   Jakub, stop calling me missy I am a boy and I am late for practise I got to go.

Jakub: Ah yes, I am told you like boys and that you never had any girlfriend. Come on go on show us what you do in your homosexual club?

Jakub got up and came close to Ezra, Ezra tried to catch Oleg’s eyes for assistance but he was sheepishly staring at the ground, in the background some black guys were watching the scene unfolding in front of them but none would dare breaking a street oath to come to his assistance.

It went fast, very fast indeed, one of Jakub’s acquaintances put his phone on speaker mode from which a loud and raucous song cried its heart out. I was stripped of my clothes and surrounded by inquisitive eyes, I was pushed and spit at, I was kicked at before someone thought funny to urinate on me. With the music still on, I heard orders being shouted at me

I am confused, I am crying and I don’t know what is going on, I am cold, I am shivering, I am naked and I have huge difficulty to understand what is happening, I cannot see Oleg’s face any longer and the only comfort I am finding is the music in the background.

Detaching myself from the herd I would love to think I am torment free, so slowly almost imperceptibly some would say provokingly I am starting to

DANCE ON MY OWN

#11
thanks Deb Lange and well noted :-), I have become an integration ''passionaria'' her in Ireland and have engaged with multiple groups with ''very'' small successes but one need to start somewhere

#12
I fully agree Neil Smith MLK said something along the lines that one cannot allow to remain neutral at times of moral crisis, we are living in those times...

#13
Pamela \ud83d\udc1d Williams I agree it is very often disheartening that we keep doing this to ourselves over and over again :-(

#14
many thanks Lisa Gallagher discrimination starts at a young age, behavioural patterns are easy to spot respopnsiblet parenting is so important whether they end up on either side of the bullying dilemma , great song I like it too :-)

What a moving story because it happens daily. I pray one day there is more tolerance than not. I believe it begins in the home by means of action not talk. However, hate talk doesn't help. Kids are so resilient and impressionable at such an early age, maybe there should be mandatory workshops from Kindergarten -4th grade to help remove prejudices and/or stop prejudice in its tracks. No one deserves to be treated differently or in a mean manner because of their skin color, ethnicity, religion and on the list goes. The song was moving too @pascal!

The date is irrelevant here Pascal. This is life for someone now. We seem to have reached a time when people find it all too easy to point the finger. When cowardly, politicians try to find a gentler way of passing on the message of the real bastards without questioning whether the message is acceptable or true no matter the form of words used. I feel like I am living through a time that will be looked back on with some shame and embarrassment.

So sad being yourself, being who you are has to bring on disrespect and even hatred. This is a very meaningfil story, Pascal.

#7
many thanks Sara Jacobovici I would say the world is intense :-)

My nieces and nephew tell me my favorite word is intense, as I use it a lot. Well, I use it because it fits. And so it does for your story @Pascal Derrien. Important story, very well told.

#3
wow Dean Owen that's a story an half, I have been saying many times I think people only understand what it is to be a foreigner until they actually become one.... and even there, there is a pecking order. Many thanks for sharing that story

#4
agree with you Jim Murray , this could happen easily today in Ireland and I have been getting a lot of flack for my positions, the policy makers love to gesticulate and are spoofing on daily basis but action is nowhere to be seen, we are going to hit a wall soon (no pun intended)

I live next door to a country that has just opened up the floodgates to exactly what you wrote about. It's not speculative fiction anymore Pascal. It's reportage.

I think many of us can relate to some part of this story. For me it was the peer pressure bit. I was on a bullet train last week when I asked a Chinese man to not talk so loud on the phone. He started screaming at me. The train police came and he continued. They just filmed everything. Then another Chinese man started talking to the train police and said I was right, the guy was too loud, and I was brave for taking a stance. The guy who defended me started getting kicked by three Chinese guys for defending a foreigner. It was all a bit weird. I'd thank the guy for not bowing to peer pressure, but the police had to usher him off for protection....

#1
thanks Ken Boddie indeed and even though I have situated this story 10 years or so from now it is based on a bit of stories, daily observations and quotes from the last three weeks that I have merely sewed together :-( :-)

Great story, Pascal, of social stigma, bias, peer pressure and how we can let these control our lives if we let them. It takes real balls to stand up and be different.