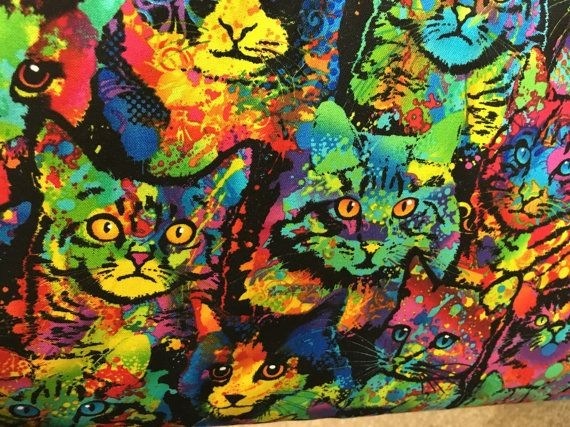 Captain Kit Kat, what an appropriate name for the most Italian feline in the hood. Our dear stray friend lives In Florence nowadays but when he was still a kitten he lived in Sorrento in the region along the Italian Amalfi Coast. In those days he was more commonly known as Kid Kat but that's an aside.

The Tromboni grand hotel sits in the heart of Florence , two steps away from the Ponte Vechio. Ideally situated in a quiet pedestrian street, it has been the perfect HQ for the Captain and his two loyal friends: chief sidekick Mouser and a stripey  philosopher cat called Yellow.

The hotel architecture and overall design looks more like a successive waves of disjoint add-ons rather than a thought thru plan however it's the perfect hang out for our soft fur friends. The tortuous stairs, the kitchens and the roof terrace provide an ideal playground for the cats to play with. Over the years it seems that a tacit agreement took place between the Chef and the three amigos whereby food is provided daily in exchange of a few patrol rounds on the roof and terrace. The guests are particularly grateful when our quadrupeds chase away annoying pigeons and other flying birds be it at breakfast or at night cap time.

This is the favourite hotel of Harvey Baker when he is in town, he always stays there and the management would always make its utmost to accommodate him even at short notice. While Harvey Baker is the guest name he is registered under at Tromboni, this is not his real name, he is better known as Dan Brown.

Nobody really knows it but Dan is actually a cat whisperer, so no surprise there when I am going to tell you that he has struck a solid friendship with our three resident cats and Captain Kit Kat in particular. Now I was debating with myself whether I should share it with the world or not but I think it is about time I disclose one of the most guarded secret behind Dan's success.

Dan has been pretty fond of the old Limoncello the last few years, in fact, the lemon drink considered as the national drink of Italy  can be found in stores and restaurants all over the country and Tromboni hotel is no exception. Today I am going to pass on telling you that the ingredients are simple, that a batch does not require too much work and that the plate cleanser drink needs to steep for over eighty days. No what I want to tell you at this very moment is much bigger than that, it is far more complicated and fascinating that the story of the Illuminati or even more captivating than the adventures of Robert Langdon.

Speaking of which,  Robert Langdon aka Tom Hanks aka guest registered under the name Gert Williams turns out to be in the Tromboni hotel that very evening. Later on in the night, long after the room service has been discontinued, Tom and Dan are having a deep conversation in Dan's presidential suite about his next book.

Dan Brown has been staying at the hotel many times while on research, admiditely this where his inspiration has always kicked in. Nobody knows it but The Da Vinci code for example was almost entirely written there.

Tom: Great to see you buddy but why did you bring me all over here this week?

Dan: Well I wanted to talk about something super serious?

Tom: Sounds intriguing, what is it?

Dan: Well you know I can speak to cats and that I love Limoncello?

At that very precise moment Captain Kit Kat makes an appearance and invites himself thru an open window.

Dan: Tom, this is my friend Captain Kit Kat by the way, please say hello

Tom: Are you OK Dan? You seem to have indulged on the old Limoncello a bit too much tonight?

Tom: What do you mean?

Dan: Well, our feline friend here has been smuggling bottles of Limoncello from the kitchen for years for me at my request. I am unsure why but my best work has always been produced here at night time.  But there seem to be one condition and that condition is that the Limoncello has to be smuggled in by a cat between 1 am and 5 am otherwise it does not work. I tried and I cannot write without it, nothing but blank pages only nada.

Tom: OK I am bit taken aback but past some standard questions I would normally have, what is the problem then?

Dan: Well actually the problem is about the lemons and the recipe, the chef is retiring and the hotel manager told me they will now purchase ready made Limoncello from a beverage suppliers. My career as a writer is over man and this is not superstition, I am really afraid I wont be able to produce a good manuscript any more.

Dan: Would you like a drink , taste what success flavour is like before it disappears for ever and what's left of my career with it?

Tom: Dan for god sake I am diabetic you want to kill me or what !!

Dan (noticeably inebriated): I think you can do with a bit of a sugar rush my friend, hey Kit Kat there is no point in bringing me back some no more I am finished anyway but my friend here may have one or two, hang on Tom I think you should ask for it yourself ?

Dan : No way, how come your parents called you Tom and you can't... well you see what I mean

Pascal Derrien#22 "Light-hearted is good for the heart ;~) Blessings back Pascal

Pascal Derrien Many thanks to Ken Boddie I really enjoyed the video ;~) and your "Kit Kat Tail ;~) i have a purr-fect arrangement at my "grand hotel" ... my herd of felines "Joyful-Oreo, Gracie, Dharma & Jeremiah allow me to live here & provide kibbles & cream on demand ;~)

#19
Purrfect comment Claire L Cardwell :-) many thanks for reading and sharing your secret broadly :-)

Pascal Derrien - loved your expose - and the 'meawsical' Love Cats video at the end. It's no secret that Princess Chilli Pepper is actually my boss and comes up with a lot of tips as to how to best 'catify' my house designs...

#16
Indeed I really felt I had to break the most guarded secret in modern literature :-)

I knew it, I had that feeling whenever I read the books but now its Catfirmed. I knew KIt Kat was behind this, I wonder how many more, have been on a similar journey me thinks I'll check with my Captain Whiskey :) I'd be glad to have some Limoncello. I must head out to the streets of Dubai the captains are marching up and down at night :)

#13
noice you are in great form Ian Weinberg 😀

Seems that there's a potential cat-astrophe. The remedy of course is in the lemon-aid.

#9
thanks Alan Culler on the lighter side of things indeed :-)

Cool kitties, thanks for the smiles, Pascal Derrien

#7
Cheers Gert Scholtz glad you picked the small token of fame I have inserted in the story, a crate is on the way :-)

Pascal Derrien Give me some Limoncello please! A Kit Kat with a twist in the tail. Even Gert Williams would agree:)

#5
ah thanks Mr real Writer, I have tried to lighten up a bit being at risk of being seen as the prince of darkness :-) My take on writers block, ghost writing and inspiration :-) Cheers Paul Walters

#3
well I think Captain Kit Kat is the one who has written all Dans book but I am unsure the world is ready to have a cat ghost writing on that level....ah now it's out of the bag amen.

I fear there’s a fanciful felony being fabricated but you’ve left us hanging, Pascal. Give your fans a fair go and finish this fantasy with a sequel. 🙏🏼

wonderful! is it 'Macavity the cat'? lovely buzzPascal Derrien! enjoyed read and shared. thank you for the buzz.