Captain J.P Drien: I Wrote You a Letter 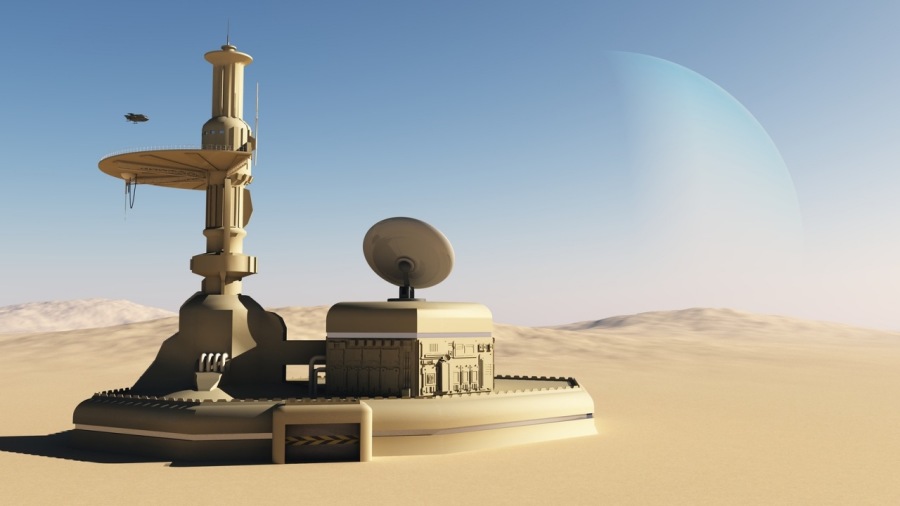 Hello, Jake, Paschal Drien, my name is Pascal too (no H), I am your great grandfather the father of your grand-father, my son. What you hold in your hand is what we called a letter, no not the cover piece that’s called an envelope, there were still a few in circulation in my lifetime even though their usage was already in decline. By the time, you read this I would have been long gone so there is no point in asking me how I know your name and how I know where you are stationed.

You see, for some reasons I have always loved the idea of a time capsule, but the thing is that I have two left hands and cannot even dig a hole let alone find a smart location for a rusty souvenir box, so I thought maybe I should write something.

Don’t worry I am not going to lash out or produced one of my elderly rant, no I would not dare lecturing you or give you some you cannot leave a legacy to the world if you let your heritage behind type of arguments, I am not a big fan of those. Well my motto is more something along the line of  ‘’it is what it is’’, it’s the way I kind of think about life, so enjoy while you can because when it’s over, it’s over.

Did you know that your grand dad (my son) played Hockey for France at the Olympics and had been on the Hurling Dublin Senior team too, he even played an All-Ireland Final. I see you guys dropped the E and R from our original family name, I don’t blame you, I remember the coaches struggling with the correct pronunciation when I was watching your grandfather from the side lines. We used to slag the coaches in French, so they would not understand us (or so we thought).

Did you know that your grand-dad and great auntie (my daughter) were not the only dual nationals in the family, my own grand-father was Austrian so my mum and your grand dad had one country in common ! At that time, it often took a lot of explanation to people to make sure they did not think we were confused😊. It got worse when your great auntie moved to South America and married an Argentinian business man, it did not go too well with your great grandmother but like any typical Irish mammy she was happy that on the other hand her son bought the house across the street!! 😊

Did you know that I always knew your dad (my son’s son) would be a brilliant scientist, he was only five when I got him one of those scientists set for kids and he managed to blow up the kitchen within a day. Needless to say, your mum was not very happy with me, she was a fierce and tempestuous Spanish woman, wasn’t she? I did not get to see your dad becoming a grown man, but I am sure he became a fine gentleman. I hardly remember your baby sister, but I hope you have taken good care of her.

Don’t ask me how but I am not surprised to know that you volunteered to be part of the first wave of settlers on this remote planet of yours. Now we don’t have a strong army tradition in our genes but roaming runs in the family so that should have been anticipated, by the way did you know that I lived the first three years of my life in a caravan? Yes, hard to imagine probably that people could live in a four-wheeled sardine tin. Times, they were different in those days, but stigma and perception are not time bounded I am told.

Do you still keep speaking in French and Gaelic? Do you think you will ever come back to earth one day? You got to forgive an old man with all those interrogations, my son, it is just that I will probably never have the answers to those questions. It does bug me a little bit I must admit but you know what, It is what it is 😊

One thing I would like you to do for me son, a favour for an old man you never met, no I am not going to ask you to drop the H of our common first name. As you know my ashes were dispatched at the exact point where the Irish sea meet the French territorial waters. So, this is not for me per se, but I would appreciate if you could organize someone to take care of your grand father’s grave in Dublin.

I know that your great auntie’s family in Argentina has been looking after her sepulchre over there and I feel at peace with that. One last thing too from a pushy old man 😊 I was thinking that maybe you could also check if my parents resting house in Le Pere Lachaise in Paris is well kept.

I leave you to it for now, hope you have a great life and if you happen to marry an alien that’s OK by me it runs in the family 😊.

With all my affection and love

PS: As you may guess there is no need for a reply 😊 but I was thinking though maybe you could write a letter too to your own great grand son or daughter. We could start a great family tradition you and I

I will do just that next time he pops in for a visit Pascal...What is fascinating to me is how reading and writing about these folks brings them alive in my heart and mind...My dreams are now a very fertile 'meeting ground' for everyone to pop in and say hello... It is a wonderful validation to know that your loved ones will always live in your heart...even if you had never met in life;-)

#23
oh thanks Lisa Vanderburg it is funny reading all the comments I only remember now reading my great grand father's last letter to his wife before he got killed in action in 1917, my grand mother showed it to me when I was not even 11 :-)

#24
you are very kind Tausif Mundrawala just a few words together not Orwell or Tolkien but glad I can make illusion for 3 mns :-)

#25
thats a fasicnating account of the times by the '''Wilkins'' Cyndi wilkins :-) say hi to your great grand father for me :-)

#28
Many thanks for your comment always appeciated David Navarro L\u00f3pez :-)

This was great Pascal Derrien. This really made me laugh, "if you happen to marry an alien that’s OK by me it runs in the family 😊." Since I now have 3 grandchildren, this might be fun!

Very nice story, Pascal, it was a wonderful way to start my day. Thank you very much for sharing

This is so awesome Pascal Derrien!

Oh Pascal Derrien - a man after my own heart! I love letter writing, it allows a certain stretchy boundary that lets imagination in without harm - particularly for an elder to a newbie! I write letters all the time to young kids - my own and others. They are filled with magical memories (overly enhanced I'm sure). This is our story-telling; letters. This is how we can pass on intimate and loving relationships not only to people but to all living things. Bravo, my man! I bet Deb \ud83d\udc1d Helfrich too, and you've clearly struck a cord with the best of our men here as well.Lovely and cathartic, Pascal

Great concept for a book here. So how does he know his great grandson's name and station?

#15
thanks appreciate the kind words :-) I dont know the Princess Diaries but I am sure the one I have at home will be interested in finding out :-)

This is awesome A fantabulous idea Pascal Derrien A letter to be passed on to our loved ones. I had this idea after watching the Princess Diaries where she gets a letter from her Dad at 16 :) :) :)

#13
thanks Sara Jacobovici a multi dimensional and kaleidoscopic journey taking place in my little head, Jake says hi to you :-)

Loved reading your letter Pascal Derrien. I had a strange time warp experience, I felt like I was reading the letter but at the same time I was identifying with the writer. Your writing must have triggered one of those gravitational waves. Great idea Pascal, I hope it catches on.

#10
thanks Aaron Skogen, afew months back I dropped my daughter at ha drama course (not that she needs any lesson) and there was a plaque about a time capsule so I kind of thought about it in my own way I guess :-)

#8
Copy that Ken Boddie your message travelled at the speed of light :-)

I trust that colonisation will continue in the 'Drien' family, for many generations to come, Pascal. From Europe to Mars in three generations. Not bad! Doubtless "it will be what it will be". ps I hope this gets to you before your ashes are scattered. 😧

#6
thats very true Brian, my daughter asked me what was a digital camera the other day :-)

Pascal Derrien You are giving us a great idea Pascal – writing for our future offspring about their legacy and thereby creating a legacy.

I like your suggestion towards the end of the buzz @Pascal Darien. This way not only give credit to our deserving grandfathers, but also spread their wisdom.